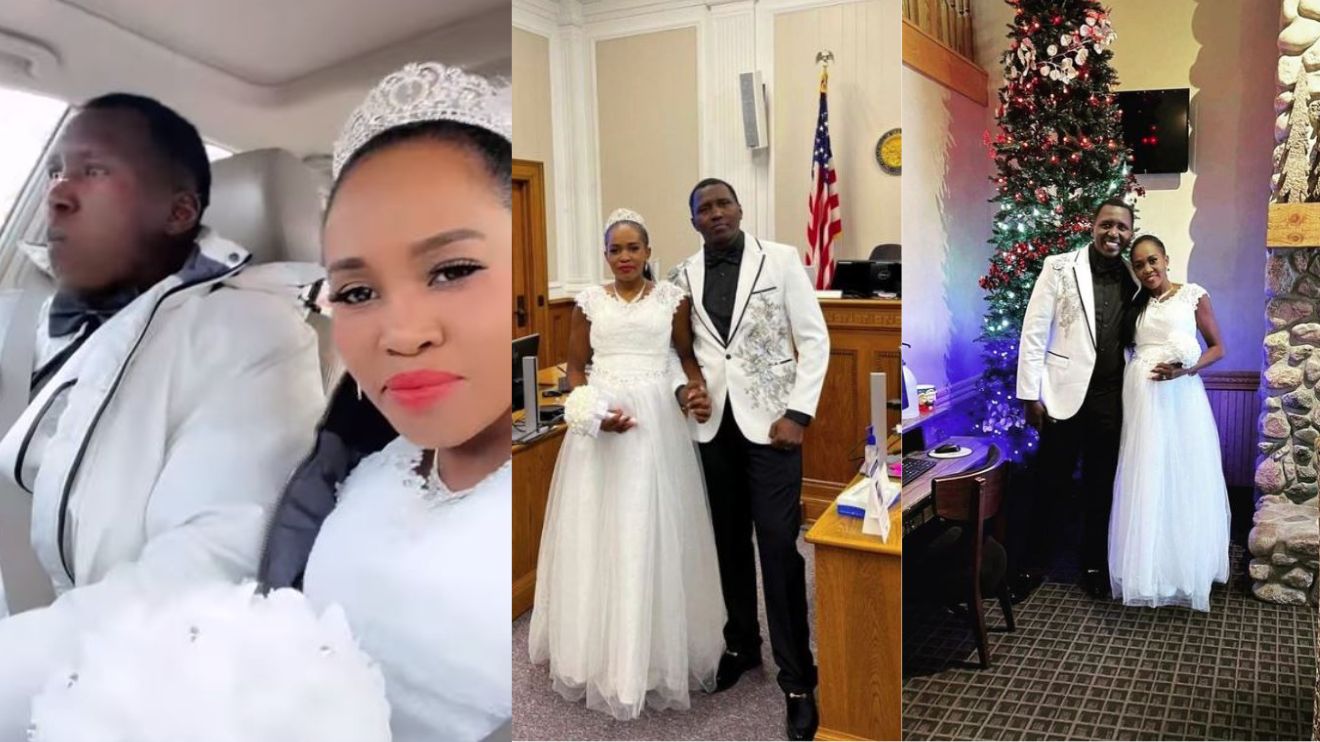 Sandra Chebet, a Kenyan rapper better known by her stage name Msupa S, wed her significant other in a civil ceremony in the US.

On November 18, 2022, Msupa S revealed on Instagram that she and her boyfriend, an American soldier, had tied the knot after three years of dating.

She matched her modest push-back haircut with a white wedding dress, white accessories, and a tiara.

With a white jacket embellished with black flowers worn over a black shirt, bowties, and slacks, the bride’s husband completed the look. A judge who is Caucasian married them and took a picture with them.

After the wedding, they posted a video of themselves jamming to Jay Melody’s love song Nakupenda while they drove to a different location.

She also shared pictures of herself and her new husband holding their small daughter’s hands, who appeared to be about 14 months old, on her Instagram stories. She also shared a picture of herself posing next to an enormous Christmas tree.

In 2020, Msupa S moved to the United States of America. She has been residing in Virginia since 2019 and is in a relationship with Tim, an American from Kenya

At the height of her stardom, she moved to America, but that did not help her rapping career, which eventually stopped after releasing a few albums.

READ ALSO  HAVE YOU SEEN HER? Kenyan woman in US goes missing, police and family make appeal to the public
Related Topics:Msupa SNewsSandra Chebet
Up Next