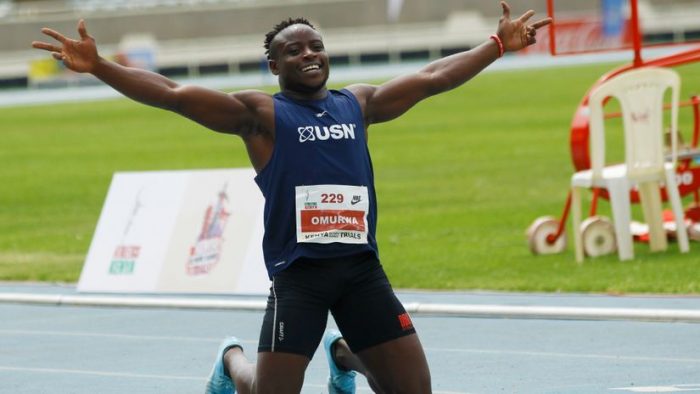 Ferdinand Omurwa Omanyala, Africa’s fastest man, has set a new record. At the International Castiglione Athletic Meeting at Zecchini Stadium in Grosseto, Italy, Omanyala set a new course record in the 100 meters with a time of 10.11 seconds.

He ran the 100m in 10.31 seconds, breaking the previous track record of Marcell Jacobs, the reigning Olympic champion. Omanyala achieved two victories by winning both the 100 and 200 meters races.

The 26-year-old subsequently won the 200 meters races in 20.50 seconds, capping off a fantastic weekend in Italy. Omanyala was thrilled about his performance when he spoke to Capital Sports after the races.

“It was a great outing and definitely two competitive races. Winning a double on foreign soil definitely feels great and this is another morale-boosting performance. This is great build-up for me definitely heading in to the African Championships where I want to go and win three titles.”

He’s getting ready for the African Athletics Championships, which will take place next month. He aims to win the 100 meters, 200 meters, and 4 by 100 meters races to complete a triple overhaul. The red-host sprinter has not faced loss in any race this season and is full of confidence heading into the championships.

Omanyala will travel to Germany after Italy and then to the Czech Republic to partake in the Ostrava Golden Spike. At the Czech Games, he will battle his childhood hero Yohan Blake.