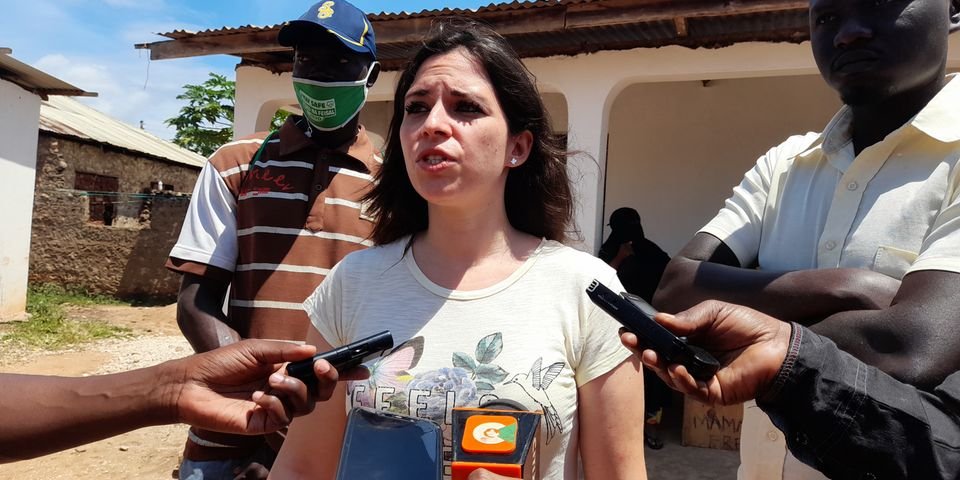 A Spanish national and his Kenyan manager are locked in a row over ownership of a private school in Kombani, Kwale County.

The dispute erupted when Marta Oreja came back to Kenya and found that the manager of Mama Watoto Academy, Titus Asibabi, was charging parents school fees and had allegedly embezzled charity funds sent to him.

This, she said, violated the mission of the school. She dismissed Mr Asibabi, who doubled as the school headteacher and hired a new manager.

Ms Oreja said no parent was supposed to pay school fees as she took care of everything, including food, uniforms and shoes.

“Mr Asibabi and his wife have been charging school fees from the poor families. This hurt me because I do not understand why someone can steal from a poor person,” she added.

Ms Oreja said she runs a registered charity organisation – Supporting Healthcare – in Kenya that she uses to raise money in Spain to support the children.

In the two years since she started the project, she said, she has sent Mr Asibabi about Sh4 million while he did little to help the children

“I was providing the children with everything they needed for free and would send him Sh90,000 monthly. Because of the pandemic, I could not come back as frequently as I should,” she said.

“That is why I realised he has been mismanaging the funds for his interests. Now I can no longer work with him.”

Binti Swaleh, a parent with a child at the school, said she was charged monthly for school fees while other parents were asked to pay for uniforms and shoes provided by the school.

“I just recently found out that everything was supposed to be taken care of, because that is what we were told last year when we brought our children,” she said.

In his defense, Mr Asibabi told the Nation that Ms Oreja was trying to grab the school he founded with his wife. He said the Spaniard only started supporting the school after it had been established.

He denied claims that he had embezzled school funds and asked that the Ministry of Education investigate the matter and arrest Ms Oreja for “exposing the children”.

“I did not steal any money. She is the one trying to even change the name of the school and take full ownership,” he said.

The row has now put the school at risk of being closed, with 115 learners between baby class and grade two left in limbo.