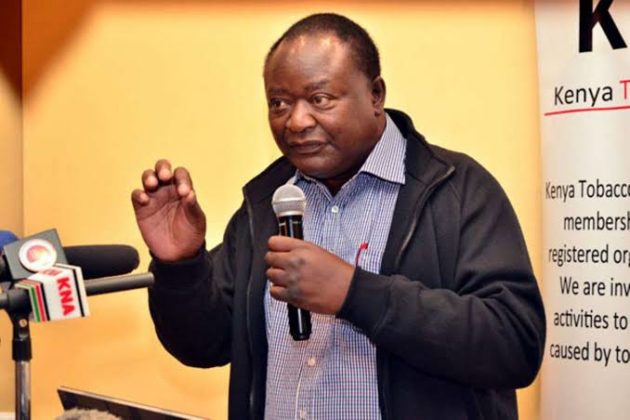 Joel Shunza Gitali, a Kenyan teacher, received the World Health Organization’s (WHO) global medal for his efforts in tobacco reduction use.

Gitali was honored for his life’s effort in combating tobacco use and addiction, particularly among children and adolescents.

“We are pleased to announce that the World Health Organization has named Kenyan teacher and tobacco control advocate Mr Joel Shunza Gitali as a winner of this year’s World No Tobacco Day Award.

Gitali, who spoke shortly after being announced the winner, said the prize motivated him to work more in the fight against young tobacco addiction.

“It made me feel energised. I give credit to members of civil society in Kenya. They have visited all corners of the country fighting tobacco use. “They also came in strongly to support my nomination. This is a sign of teamwork and cooperation,” the activist stated.

Gitali’s anti-tobacco campaign began when he was a child in the 1970s. His mother, who was a Community Health Volunteer, he said, had inspired him. However, when working as a guidance and counselling teacher in 1996, the impact of tobacco smoking among young people was brought to the instructor’s attention.

READ ALSO  Environmental Conservation can only be Achieved by Planting Trees, Says Lobby Group
Related Topics:NewsWHO global award
Up Next