Khalwale goes Hunting as Omukoko Gets ready for Kakamega Race 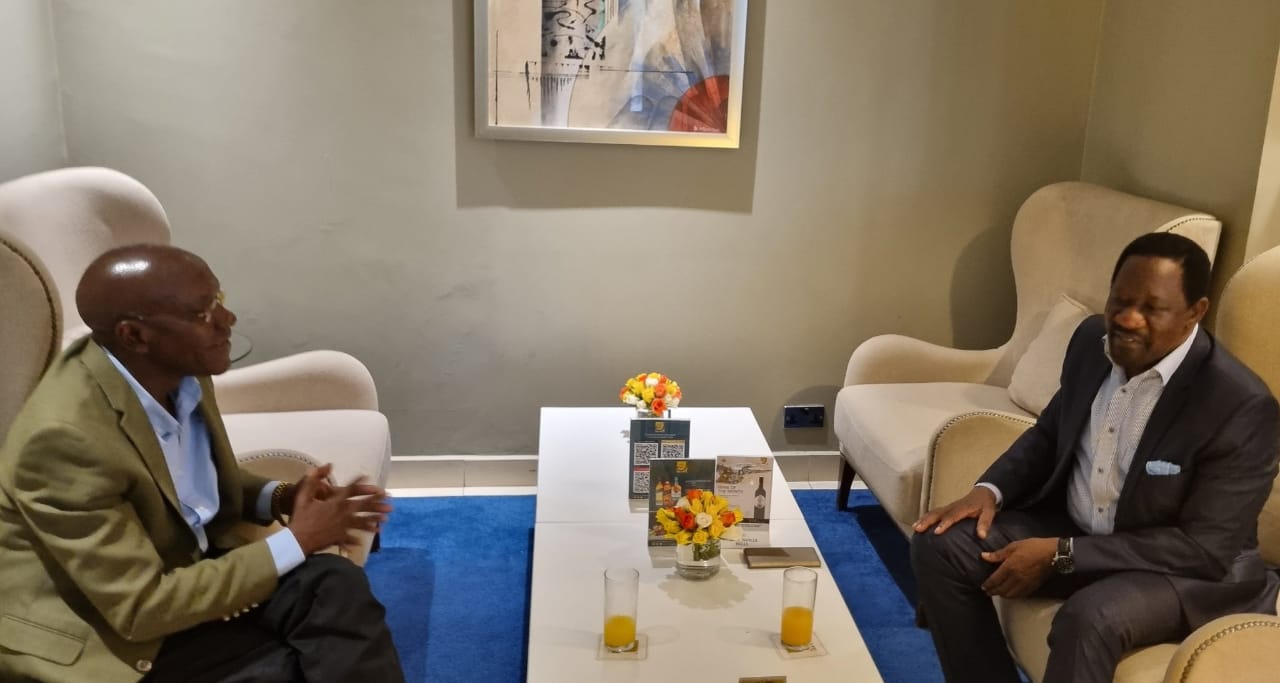 Eyebrows have been raised with regards to a private meeting in which United Democratic Alliance’s (UDA) Kakamega senatorial hopeful Boni Khalwale met with the county’s governor seat hopeful Sam Omukoko in Nairobi.

Details of the meeting have remained scanty even though the former Senator, on his twitter handle wrote “the hunting skills of a leopard”.

This has seen insiders believe as willingness to work with the Azimio-affiliated candidate weeks after coming into a consensus to run on UDA’s ticket leaving the governor’s seat to ANC’s Senator Cleophas Malala.

Sam Omukoko will be seeking the seat using his Maendeleo Democratic Party ticket.

On his bid, the gubernatorial aspirant said he is ready and prepared to take on any opponent who has entered the race for the county’s top job.

“Be it Malala(ANC) , Barasa(ODM) or even Kutima or Savula(DAP-K), as MDP, we are ready and confident to put up a worthy fight and we shall definitely emerge winners,” said Omukoko

He said he will put emphasis on education and lifting the economic standards of residents.

On his bid, the aspirant said through his Sam Omukoko Foundation he has helped improve the lives of people hailing from the county equipping many with much needed entrepreneurial skills.

Cancer treatment time set to shorten after launch of machine