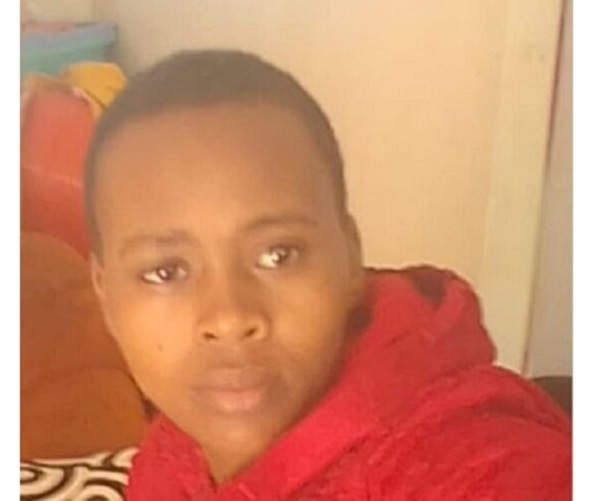 A family in Emburua village in Elementaita, Nakuru County, is seeking answers over the death of their relative in Saudi Arabia, where she was a domestic worker for 11 months.

Miriam Hannah Njeri, 26, was said to have died under unclear circumstances on August 19 after she reportedly fell from the third floor of a building.

Her lifeless body was found on the floor at a police station, where it was being held before it would be sent back to Kenya.

Ms Njeri’s husband, Jackson Karanja, said she left Kenya in April last year after attending a three-week training in Thika organised by an agent who was facilitating her trip to the kingdom.

He said Ms Hannah went to Saudi Arabia to seek work after she was convinced by her friends that she would be paid well.

Mr Karanja said his wife was planning to open a business upon returning to Kenya after completing her two-year contract but her dream was cut short by her untimely death.

He said he last spoke with his wife two weeks ago after she requested Sh40,000 to facilitate her return to Kenya, citing mistreatment, lack of food and congestion at the facility where she stayed for one week.

He said he tried asking his friends for some cash but his text message inquiring how to send money to her went answered for two days, though he did not suspect foul play, thinking that she had run out of data.

After waiting for two days to hear from her, he received the devastating news of her death from her friend, who told him that she had died while trying to escape but did not divulge more details.

“When we last spoke, she just wanted to come back home to see our children. She was not suicidal; nobody has reached out to explain to me what really happened to my wife. I don’t know if she was killed or she took her own life. I just want answers,” said the father of three.

“Am just hearing different versions. Others are saying she killed herself while others are alleging that she was killed at the holding facility. I don’t know who to believe or who to help unravel this mystery. I will truly miss her.”

The couple had been married for 10 years and he said he had found it difficult to get information on her death. He said he had visited the agency that facilitated his wife’s travel but was told that it was under new management and was not aware of her case.

He said he tried to visit the Saudi Arabian Embassy but was referred to the Ministry of Foreign Affairs. He was then sent to the Diaspora Office, which deals with such cases.

That office advised him to visit the agents who facilitated his wife’s travel, those who received her at her destination and details of the house where she was taken first.

Mr Karanja said he was given the details he needed and was asked to write an email, which he did. But the biggest challenge for the family is that they are yet to receive official communication from the Ministry of Foreign Affairs.

He said that a week ago the agent informed him that they were waiting for postmortem results from Saudi Arabia and he should embark on looking for Sh5 million to Sh1 million to cover the cost of repatriating his wife’s body.

READ ALSO  Five Arrested in Lamu with Bhang Worth 250K

“I am in the dark. I just want someone to help me repatriate my wife’s body back to the country. I just want to give her a befitting send-off. Even if the family and friends have tried contributing, we won’t reach the target,” he said.

Mr Karanja’s mother, Ms Tabitha Njeri, said her three grandchildren had been living with her since their mother left to work in Saudi Arabia, as their father was working in Nairobi.

Ms Tabitha said she was in constant communication with her in Saudi Arabia until she was transferred to another house and could hardly get time to speak with her children.

She said the woman started complaining that she was being overworked and hardly got time to sleep, saying she was only allowed to sleep at 12am and was expected to be up by 4am.

She said her daughter-in-law never sent any money to Kenya and alleged that her employers were not paying her and that her pay was being channelled to the agent’s office directly.

She said she only received Sh10,000 in April through her husband to purchase a smartphone so as to facilitate communication with her children.

She recalled their last conversation a month ago via WhatsApp, when she video-called to find out how her children were fairing, requesting that her mother take custody of them until she returned.

“She wanted her mother to take the kids, but I could not allow that because when she left [Kenya] she entrusted me with them. I just wanted to hand them over after she came back, but that will never happen,” she said

Ms Tabitha said she later received a WhatsApp message and a photo from an unknown number. The person wanted to know if Ms Thabita knew the woman in the photo, saying she had died at the accommodation police station.

She said she was only informed that her daughter-in-law had thrown herself from a building while trying to escape, citing mistreatment at the police station.

“We are still in the dark. We really don’t know what happened that led to her death. I just plead with our government to help us bring the body back home. We want the children to bury their mother, for our hearts to be healed,” she pleaded.