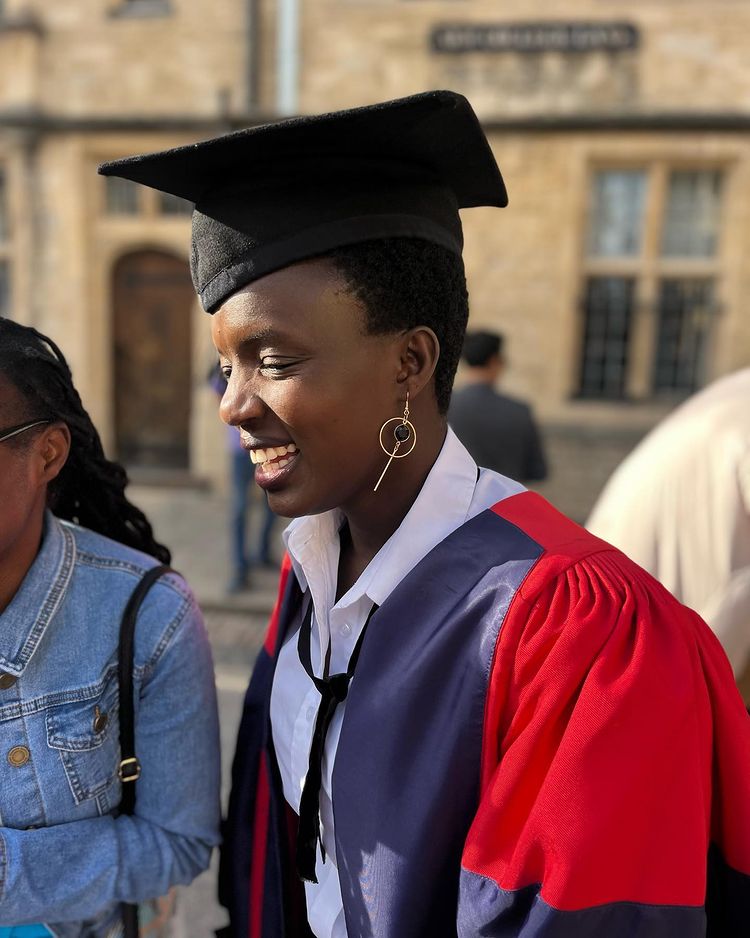 Despite all difficulties, the dedicated Kenyan woman earned a PhD in aerospace engineering from Oxford University in England. Chepkirui expressed her excitement to graduate from the famous university two years after completing her PhD studies in an Instagram post.

“After a two-year wait, I finally graduated, having completed my PhD in early 2020,” the 30-year-old wrote.

The exemplary  graduate  has also written a book titled “The PhD Journey: Strategies for Enrolling, Thriving, and Excelling in a PhD Program.”

During the 2004 KCPE, Chepkirui attained 298 points. She was rejected by several institutions due to her low grades, but was eventually accepted to Mercy Girls Secondary School in Kipkelion, Kericho County.

“My performance didn’t affect me because I didn’t even know what that meant. I was just a normal child,” she previously told a local daily.

Chepkirui was a diligent student at Mercy Girls who worked tirelessly to achieve her goals. Her hard work earned her an A-, which made her the best student in the Kipkelion constituency.

She got a James Finlay scholarship to study mechanical engineering at the Jomo Kenyatta University of Agriculture and Technology(JKUAT).

In her class, she was one of nine women taking the course. Chepkirui  later applied to the Rhodes scholarship, introduced to her by a friend, and was fortunate enough to get shortlisted.

“For Rhodes, you must have and demonstrate leadership, extra-curricular, and academic excellence. You must pass very well for the University of Oxford to take you. I was hesitant at first, but I applied and the rest, as they say, is history,” she says.