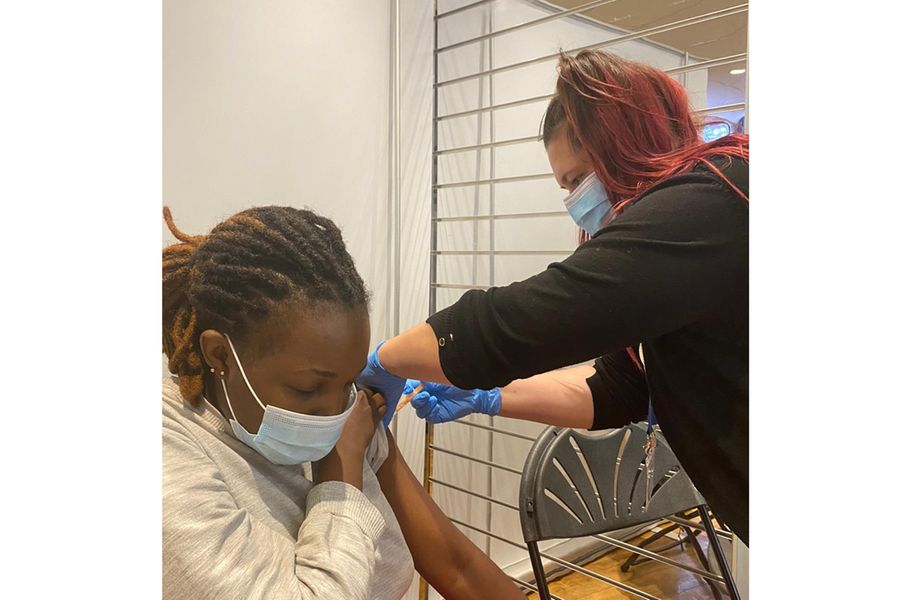 As the Ministry of Health (MoH) carries on with Kenya’s Covid-19 vaccination campaign, mixed reactions have been registered among Kenyans living abroad, who say they have either taken the jab or are planning to.

This is despite speculation and big pharma geo-political wars surrounding a number of the vaccines. Controversy surrounds the Oxford/AstraZeneca vaccine that is in use in Kenya as some countries earlier halted its rollout citing links to blood clots.

Peter Oluoch, a Biomedical Sciences PhD student at UMass Medical School in Worcester, Massachusetts, says their school prioritised the vaccination of students by early January 2021, even before most members of the faculty.

At the time, he had taken a Christmas break to visit his family.

“I received communication inviting me to get the jab when I was still on holiday in Kenya. Upon returning to the US, I went through the quarantine period and scheduled my vaccination after receiving negative Covid-19 test results. It was a very pleasant surprise,” he says.

Mr Oluoch was asked a series of questions before being immunised, including his history of allergic responses to vaccines and pulmonary-related infections.

“I received the first jab on Feb 9 and the second dose on March 2. Though I expected some form of reaction, I did not witness any. My shoulder was numb after the jab and there was mild fatigue. Besides that, I was totally fine and did not take any sick day.”

Kenya’s Ministry of Health has a Covid-19 vaccination policy that makes it mandatory for a vaccine recipient to have been Covid-19-negative six months, according to vaccine taskforce chair, Dr Willis Akhwale.

The World Health Organization’s guidelines advise against subjecting vaccine recipients to antigen or PCR tests prior to inoculation as a measure to guard against discriminating against those who have tested positive.

“I wasn’t supposed to get the vaccine because I don’t fall under the priority box but I got asthma attacks so my general practitioner booked me for vaccination,” she says.

Ms Mideva walked to the vaccination center for screening with her head high.

“They ask a couple of questions to verify you are a priority. I was asked which vaccine I wanted and chose Pfizer. They inject it in the arm ,” she says.

“I started feeling very drowsy five minutes later. My head was heavy, but they had informed me about those side effects. At home I took paracetamols as I was feeling weird and couldn’t sleep. In the night I had a severe bout of diarrhoea, a bad headache and a fever.”

She woke up with a sore arm the next day and still had a headache that evening. She also sneezed a lot and shivered.

Ms Mideva used an electric heater, in addition to the inbuilt house heaters they have in the UK, to keep warm and as the third day elapsed, she gradually felt better.

“I was nervous at first and didn’t want to take the vaccine but I just knew I had to get this done especially because the British weather and National Health Service (NHS) kept reminding me that an asthma attack may kill me before I get assistance.”

The lawyer is of the opinion that AstraZeneca may be a victim of cut-throat big pharma competition for markets, and geopolitics.

“We know its politics. They are angry after the UK left the European Union (EU). They can’t believe the UK is thriving even after Brexit. Other vaccines may also cause blood clots but they won’t mention it,” she claimed.

Nicholas Monday Aswani, a medic and tech entrepreneur based in the US, says he is skeptical about getting the jab.

“To be honest, I am against taking that shot. If it were totally up to me, I wouldn’t. I am concerned it hasn’t been properly developed given the short duration of manufacture.”

Dr Aswani notes that vaccines usually undergo extensive testing before their efficacy is determined. He feels Covid-19 vaccines have been rushed due to anticipated monetary benefits.

“In total, five competing vaccines are available here, among them Moderna, AstraZeneca and Pfizer, but the CDC recommends Pfizer and Moderna. This begs the question – what about the others?”

Dr Aswani says news on adverse reactions in some people amplifies his skepticism.

“I am worried I might be forced to take it just so I can travel – my favorite pastime activity. A few countries are already beating the drums for a Covid-19 passport so I might reluctantly get the shot for travel purposes ,” he says.

Dr Roselyn Akombe, a former IEBC commissioner, who now works at the United Nations Development Programme (UNDP Africa) told the Nation that she prefers the Johnson and Johnson vaccine.

“I will keep you posted on how it goes. I should be getting it next week while in the US,” said Ms Akombe, who is currently stationed in Ethiopia.

China had begun rolling out a digital vaccine passport to millions of residents who have received their Covid-19 shots with efforts of similar schemes in the US and Europe coming to a halt due to ethics debates about inequality and privacy.

“Visa facilitation” is for people in the US who get  Chinese Covid-19 vaccines.

The policy, effective Monday, is aimed at resuming “people-to-people exchanges between China and other countries,” the Chinese embassy in the US stated in an official statement on Monday.

It could soon be accessed through WeChat — an app almost everyone in China has, but few people abroad subscribe to.

China’s Foreign Ministry said the app will  allow people both in China and overseas to verify the certificate by scanning a QR code, potentially freeing up the movement of the 52 million people in China vaccinated so far.

Meanwhile, Dr Ahmed Kalebi, the chief executive and chief consultant pathologist at Lancet Group of Laboratories in Nairobi, is almost 100 per cent certain that the UK and South Africa variants of the Covid-19 are in Kenya.

Dr Kalebi cites the large number of incoming travellers from these coutie as well as spill-over of patients from Tanzania, where these variants have been confirmed from travellers who went to the Middle East, the UK and other parts of the world.

“We are seeing strange pattern of test results in the lab, for example very high viral loads and odd distribution of viral genes, as well as peculiar clinical presentation of the infected cases, all pointing to the fact that the third wave is different and most likely being driven by some new variants similar to what is being reported in the US, UK, Europe and SA,” he told the Nation.

Why most Kenyans in the US, Europe are trusting ‘AMG Realtors’ for all their land/property transanctions