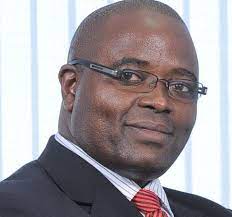 A bank will easily track you to the ends of the Earth to collect their money but won’t phone your children when you die and your account goes inactive.

Kenyans have castigated the Unclaimed Financial Assets Authority (UFAA) for withholding assets while beneficiaries suffer in poverty. They called the Authority a cash-cow for failure to unify the owners to their assets.

The 2018 estimate of the value of Unclaimed Financial Assets in Kenya was Kshs.241 billion but less than 30% was given out to owners.

This years’ budget has proposed amendment’s that will repeal, negate and render legally toothless the only law that protects the Unclaimed Financial Assets Act, 2011.

Finance Bill 2022 Section 51 seeks to insert into the Unclaimed Financial Assets Act two new sections that propose to legally waive in their entirety the interest, penalties, fines and even audit fees for institutions that do not hand over Unclaimed Assets.

Section 51 further proposes to convert the Act from a mandatory to a voluntary framework that will legally allow your bank and other holders to: voluntarily choose whether or not to report and deliver Unclaimed Assets, demand waivers on interest and penalties, retain all ill gotten gains and profits generated from investing unclaimed assets and incentives non compliance making it profitable for banks and institutions to not report  unclaimed assets.

“There is a claim that the amendments will help the Unclaimed Financial Assets Authority (UFAA) collect more Unclaimed Assets but failing to reunify the assets to their beneficiaries and owners will be a disgrace to citizens,” said Jorgs Mbugua petitioning the amendment of the Act.