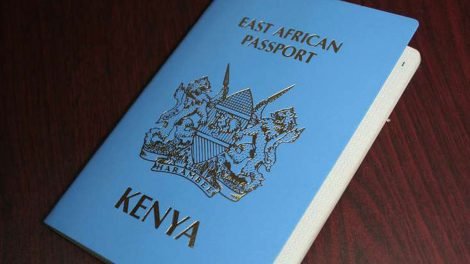 Kenyans based in the US will now be able to re-apply for e-passports at the Kenyan Consulate in Los Angeles, California.

The move comes months after Paddy Mwembu, a Kenyan living in the US, launched a petition urging President Kenyatta to order the processing of digital passports at the Los Angeles consulate.

“The Kenya Consulate in Los Angeles has been approved by the Government to process the new generation ePassports,” the Kenyan Embassy in Washington, DC said in a statement on Thursday.

“As we embark on the process of setting up the infrastructure, we call on Kenyans to be patient as you will be advised on when the e-Passport system in Los Angeles is up and running.”

Mwembu, who lives in California, wrote a petition to the Office of the President saying nearly half of the Kenyans living in the US are on the west coast and that this justifies the need for a passport application centre on that side.

“Considering the distance and the cost of travel to Washington DC for processing of e-passport biometrics only, [it] fails to make economic sense. The distance to Washington DC is extreme and the total cost is prohibitive,” he said in the petition that has so far gathered 1,000 signatures from the diaspora community.

The consulate offers several services to Kenyans including the processing of birth certificates and identity cards. But they have to travel to Washington DC, some 4,300 kilometres from Los Angeles, to apply for the new generation passport.

READ ALSO  Kibaki's funeral service to begin at 8.00am at Nyayo Stadium

When the government launched the e-passport in August 2017, it initially gave a deadline of September 2019 for everyone to ditch the old generation document.

But pressure from the public forced the government to extend the deadline to March 2021 and again to December 31, 2021.

In February, the Immigration Department said about 1.8 million Kenyans, mostly in the diaspora, had not replaced their documents.

In February, Interior Cabinet Secretary Fred Matiang’i said that starting January 1, 2022, the old dark blue passport will be null and void and no Kenyan will be able to travel internationally without a valid East African Community biometric e-passport.

Kenya has been phasing out the old-generation passports as part of a binding commitment to migrate to the new EA e-passport.