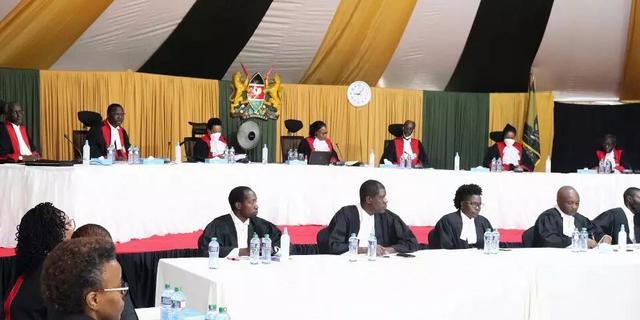 The Supreme Court judges have been urged by Kenyans living in the United Kingdom (UK) to uphold justice in the ongoing presidential election cases.

The group, which included Ciru Wa Ngugi, Joe Kan’gethe, Lilian Wachira, Jepkemboi Kosgey, and James Gichimu as well as its chairman Sebastian Onyango, pleaded with the supreme court not to cave in to threats and blackmail.

“We want to appeal to the members of the supreme court to ensure that in dealing with these petitions, they uphold the truth, fairness, trust, and objectivity regardless of the interest of their appointing authority and to ensure that justice is not only done but is seen by Kenyans to have been done without fear or favouritism,” they said.

They also urged the judges to transform the IEBC back into a body that upholds the law and the will of the people.

“The Supreme Court should take their job and existence seriously and bring sanity to our electoral system and enforce the laws using its delegated power to ensure the people’s choice is respected and upheld.”

The petitions’ formal hearing began on Wednesday, and on Monday, September 5, the decision is anticipated to be delivered.

The seven petitions that were submitted on August 22 were merged into one on Tuesday.

READ ALSO  Lady says she found her man at wedding where she sat on his lap
Related Topics:NewsPresidential PetitionSupreme CourtUK
Up Next