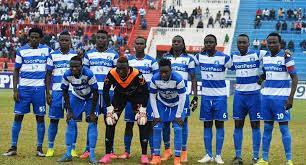 While some lauded Mr. Odinga for his generous contributions, others have castigated him for being mean as a presidential candidate.

“A whole presidential candidate giving only 200k means releasing the 6k per a jobless Kenyan a month is only a dream that will never come true if he becomes president in the coming elections,” said Kevin Lubang’a on Facebook.

Others said Raila is better than the outgoing president Uhuru Kenyatta who left nothing than fame to the Mukuru Kwa Reuben’s radio Fm journalist who hosted him in an evening.

Raila supporters stated that he is a clean man with no spots of corruption and can never be compared to Deputy President William Ruto who gives millions in events which he did not acquire by genuine means.

Eventually, the event that brought hundreds of supporters raised over Kes. 3 million.

He said ‘Fitina’ has affected the club and called upon the club fraternity to unite and pleaded with the management to maintain the current playing unit and pay the players promptly saying they have a bright future.

“If the club fraternity can maintain the philosophy obulala na amani (united we stand) Ingwe will be the team to watch,” added Mr. Matano.

READ ALSO  My husband came home from US and eloped with my cousin, Nairobi woman narrates
Related Topics:News
Up Next