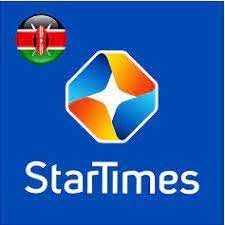 StarTimes Media has today announced revamped content offering across its local and Bollywood content giving viewers a wider variety across its entertainment content genre at the same most affordable monthly subscription costs across its terrestrial and satellite television platforms.

The broadcaster has brought on board a Kenyan crime drama series – ‘Borderline’ that will be airing on Rembo TV every Monday to Friday from 8 pm. ‘Borderline’ is set in a popular ‘Eastlands’ estate where the action revolves around Lebo, a reformed gangster working hard to stay clean. Unfortunately, around him, many are enticed to crime by the promise of quick money and an escape from poverty.

StarTimes has equally rolled out Zee Bollymovies, an English language channel produced by ZEE Group. The channel has been working for years to become the undisputed market leader in Indian-language integrated entertainment with its strong programming and marketing capabilities on the African continent.

Zee Bollymovies will feature a wide variety of Bollywood movies dubbed in English including romance, action, family, thriller/ suspense, and comedy. It covers new movies from the 1990s to the present, suitable for the whole family entertainment 24 hours a day.

In addition, the Zee Bollymovies channel will air a variety of themed film festivals, star specials, and other exclusive programs and content with the weekends packed with blockbusters.

“We remain committed to giving our subscribers access to enriched content to ensure they get value for money. StarTimes subscribers should expect even more as we progressively monitor consumer taste and progressively review our content to suit the whole family”, concluded Mr. Nsubuga.

READ ALSO  Gladys Shollei opens up on nursing her daughter after contracting Covid-19
Related Topics:Entertainment IssuesNews
Up Next