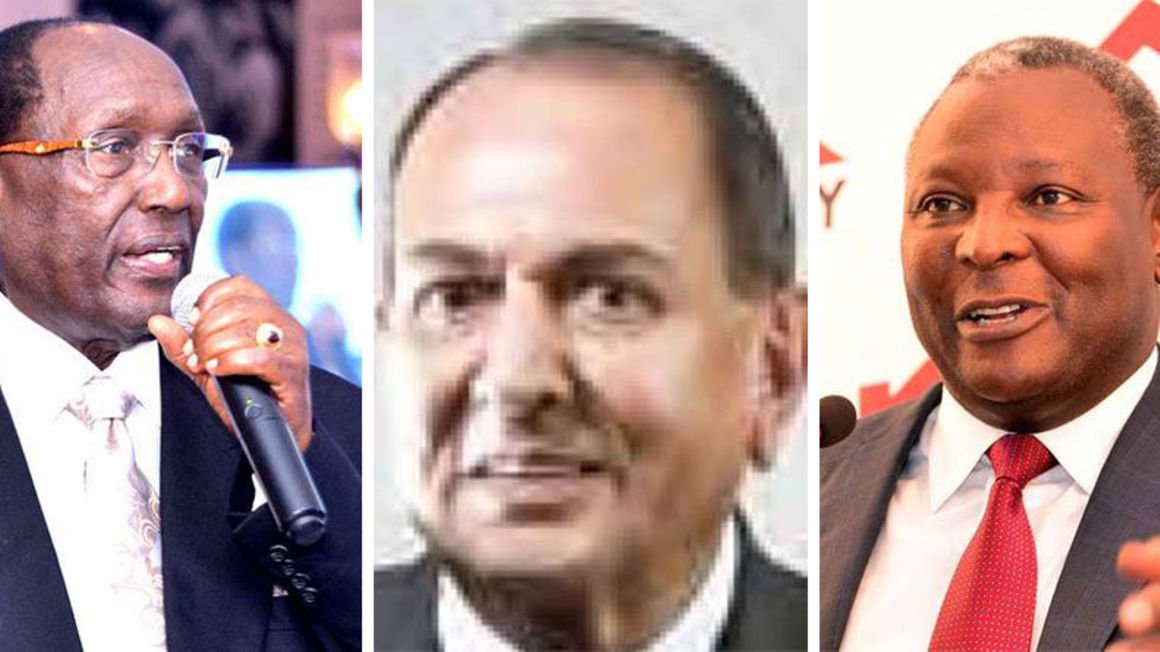 Sixteen Kenyans dropped out of the ultra-rich list in 2020 as the Covid-19 pandemic disrupted businesses and hammered most asset classes across Africa.

The latest instalment of the Knight Frank Wealth Report places the number of Kenyans with a net worth of at least $30 million (Sh3.3 billion), including their primary residence, at 90 last year.

Africa’s rich have suffered the most from the economic impact of the pandemic, with 88 per cent of the continent’s wealthy who participated in the survey saying it remains their biggest worry in the short term.

The shifts emerged in a year of hard economic times in the country in the wake of Covid-19, which resulted in a drop in corporate profits, and triggered job cuts and dividends freeze in firms owned by the wealthy.

The pandemic last year also saw the bear run on the Nairobi Securities Exchange intensify, lowered property prices and valuation of private companies as lockdowns and other restrictions eroded revenues.

The NSE All-Share Index had shed 9.28 per cent between the beginning of January and December 30, while the blue chip NSE 20 share Index was down by 30.19 per cent. As a result, the market capitalisation of the bourse—the measure of investor wealth—fell by Sh220 billion in the period.

But Kenya had the fourth-highest concentration of wealthy persons with a net worth in excess of Sh3 billion in Africa among the countries captured by the Wealth Report.

The Knight Frank report does not name individuals but other wealth reports have in the past singled out the families of former presidents Jomo Kenyatta and Daniel arap Moi and the late Cabinet minister Nicholas Biwott among Kenya’s wealthiest.

Business tycoons who have appeared in past wealth reports include Vimal Shah, Chris Kirubi and Manu Chandaria.

Mr Kirubi is among the top investors who recorded substantial paper losses at the Nairobi bourse last year.

The market value of his 30 per cent stake in Centum Investment Company Plc declined by nearly Sh2 billion. The stake is currently worth Sh3.4 billion, with the businessman recently buying an additional 5.7 million shares in the company.

Equity Group’s chief executive, James Mwangi, also saw the market value of his five per cent stake in the lender fall by about Sh2.6 billion.

The six billionaires still retained their membership in the club of ultra-high-net-worth individuals as their aggregate holdings of listed equities, property investments, land holdings and stakes in private firms exceeded the Sh3.3 billion cut-off mark.

Kenya’s group of high-net-worth individuals, defined as those with at least $1 million (Sh109 million) including their primary residence, dropped by an even larger margin.

The bigger decline in this category shows the impact of the pandemic on small and medium-sized firms and the professional class who constitute the membership of the emerging rich.

Top executives, lawyers, doctors and accountants are among the professionals who can build up a net worth exceeding $1 million (Sh109 million) from salaries, stock options and profit-sharing arrangements.

At least 10 chief executives of NSE-listed firms have each earned salaries and other perks exceeding Sh400 million in the past five years alone.

Companies implemented a series of austerity measures last year in response to the economic fallout from the pandemic, instituting retrenchments, salary cuts and bonus freezes that have hit the professional class.

Owners of thriving small businesses can also rack up a net worth running into hundreds of millions of shillings.

A previous report by the Kenya Revenue Authority (KRA) showed that there were more than 100 little-known individuals with businesses posting gross annual turnovers of between Sh350 million and Sh1 billion.

Prices of Nairobi’s luxury residential houses –which can make up to a fifth of the ultra-rich’s net worth— declined 3.9 per cent last year, according to the Knight Frank report.

Kenya’s capital was among the few African cities on the list of metropolises like New York that suffered reduced prices of high-end homes.

Other cities saw major price gains, with Auckland recording a 17.5 per cent appreciation that Knight Frank says was partly caused by New Zealand’s better handling of the pandemic.

READ ALSO  Where To Start If You Want To Study In The USA Part_3.

The super-rich fled congested cities to their second homes in other countries and localities in search of safe havens and more space, with the coronavirus more likely to spread among people living in close quarters.

The report says that Tigoni, in Limuru, is among the neighbourhoods primed for growth in a post-pandemic world based on a mix of factors such as offering good value, more space and demonstrating resilience in terms of market prices.

While investment in government debt paper offered investors security of principal and guaranteed returns ranging from 6.8 per cent to 13.4 per cent last year, most ultra-rich hold the bulk of their net worth in the other assets that have taken a beating in the pandemic.

Knight Frank says the wealthy in Africa have their assets spread across their own business (47 per cent), investment portfolio including real estate (19 per cent), salaried employment (15 per cent), a mix of these (15 per cent) and other (four per cent).

Kenya was among the major African economies whose population of the ultra-rich dropped. Tanzania’s fell by 11 to 84 while South Africa dropped by 26 to 742.

Nigeria bucked the trend as its numbers increased by 12 to 867. Uganda also added one more super-rich individual last year, raising its total to 16.