Why 'Nitakuabudu' is the Gospel Hit for 2022

Man City ready to fork out £60m for Phillips 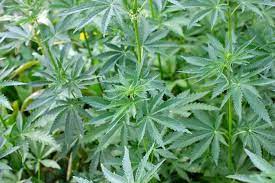 The use of bhang commonly known as Marijuana for a long time has been a silent endeavour amongst ‘cheeky’ Kenyans. It is superseded however by its illegal status in Kenya. However illegal, highly potent strains growing wildly in different parts of the country are associated with psychotropic effects. It is perhaps the notion in the streets claiming to trigger ‘madness’ in those who indulge in its use, however, scientists and its users have for a long time researched marijuana’s long-term effects on users. Recently, recent research has pointed reads to its effectiveness for treatment and recreational use.

Marijuana in Kenya remains illegal. News outlets often report arrests and tonnes of marijuana impounding by law enforcers in different parts of the country. In early June, five persons were arrested while ferrying marijuana in a private vehicle on the Lamu-Witu-Garsen highway. In 2017, the then member of parliament for the Kibra constituency, Ken Okoth presented to the August house a motion on the legalization of Marijuana and consequently it’s regulation. The Marijuana Legalization bill 2018 pre-empts a method to conduct regulation of its use for recreational purposes. It is most profound on the decriminalization of the growth and use of Marijuana, to establish a system for registration and licensing of Marijuana growers and users. It also identifies the commercial benefits of harvesting Marijuana for its fibre as well as medicinal use. With the demise of the legislator in 2019, the bill was never reviewed in parliament, despite the motion not proceeding to the next level.
READ ALSO  Teen’s death opens lid of life in streets of fighting hunger, Covid and abuse
Marijuana in Kenyan streets is known with among other names; Kush, ngwelo, shashula, Kinyamu, Wambugu, Nyasore, kiumbithu, holy herb or holy sacrament among others. In 2021, Lawyer Shadrack Wambui and Alexander Mwendwa, delivered a petition to parliament to have the decriminalization of Marijuana for its spiritual benefits. It was in these times when Marijuana became referred to as Holy Sacrament. In this petition was the reason as to why the apolitical ‘rasta Far I’ Movement in Kenya, affirmed its significant essence in worship. Bhang’s popularity in recent times cannot go ignored. Its haze has gone viral in Kenyan music to as far as Television shows hosting musicians that sing about it publicly. It has seen a paradigm shift in discussions about it awide. What seems to have caught the public’s eye, at a time when Kenyans are said to be in tough economic times, owing to the cost of inflation in the economy, is the manifesto by one; A presidential candidate recently cleared by the IEBC to vie for the top seat in Kenya’s politics. Professor George Wajakoyah broke the internet and airwaves after selecting a woman running mate, Justina Wamae. In a Television show interview, Ms.Justina declared her intentions to smoke weed once the duo emerge winners in the August 9th pols 2022. It cannot go ignored that since his clearance to vie for the top seat by the IEBC, the Lawyer and Professor Wajakoya continues to share information on the use and essence of marijuana. He promises to have the herb legalized in his government for its commercial gains, which he says will generate surplus and reliable revenue income for Kenya.
READ ALSO  VIDEO: "Hata mimi nimechoka" When the President got tired of reading his own speech
In one such post, Professor Wajakoyah shared an explainer on how the Israelites used Marijuana in the exodus from Egypt to Canaan. It explains in measure, the content for preparing altars, before prakying and beseeching the God of the Israelites. Kenyans following Wajackoya’s awareness campaign online have since broken into a legalize excitement. It would be assumed that the stigma and morality sanctions against bhang’ is since forgotten as the people seek someone bold enough to rally behind and vote for, on the top seat. One such fan, well known to miss Wamae recently said that it was time for her to relocate upcountry and clear the fields ahead of the win in August pols. Alice Njeri is a youtuber alias Alicia Kiss and is supportive of the economic value of the crop. As Kenya intensifies on effort to regulate the use of Tobacco, Zimbabwe remains a key country to watch as they have since legalized marijuana and slowly begun abandoning tobacco farming. Tobacco was previously the main income earner for the country. Since April 2022, the cultivation of the crop has since intensified. Marijuana is since legal in nine African states. In 2017, Lesotho became the first country to legalize the use and growth of cannabis. Morocco recently legalized the growth and use of bhang for commercial exports. All eyes are on Presidential candidate George Wajakoyah, as he intensifies his effort in teaching on the use of cannabis, as his campaign blue print.
Related Topics:#LegalizeMarijuanaleisureNewsWajackoya
Up Next