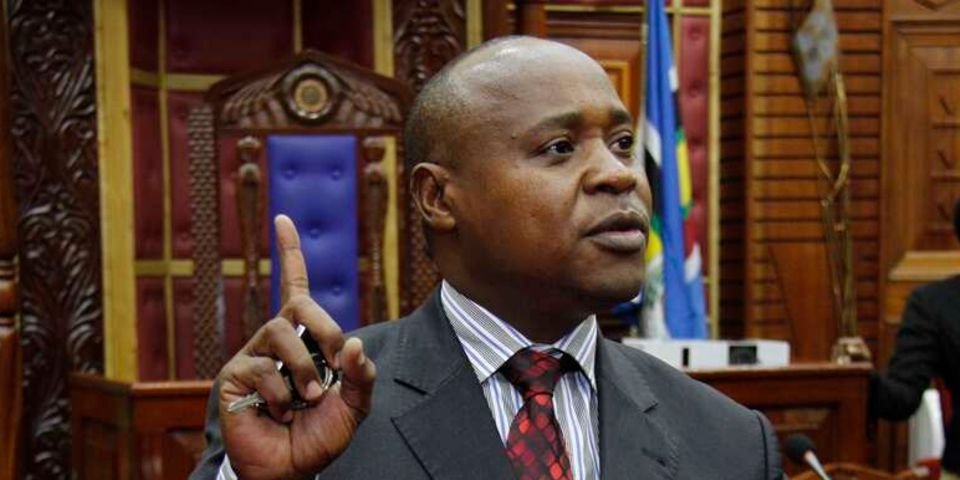 Kenya’s Peter Mutuku Mathuki will be the next East African Community Secretary-General after receiving an endorsement from heads of State at a virtual summit on Saturday afternoon.

Dr Mathuki, a long-term Executive Director of the East African Business Council, emerged the top candidate after corporate bodies proposed his name to President Uhuru Kenyatta as someone capable of converging different views from member States.

President Kenyatta was also selected as chair of the East African Community while Burundi’s Evariste Ndayishimiye chosen as the community’s rapporteur.

Dr Mathuki was fronted by the private sector as a suitable man to help address challenges witnessed in the last five years which nearly killed the community.

He is Executive Director of the East African Business Council, a body that includes private sector associations in member states of the EAC.

Believed to have sufficient experience and contacts useful to address incessant wrangles in the community, corporate players convinced President Kenyatta on Friday to select Dr Mathuki from a list of 12 candidates.

By protocol of the EAC, the eligible head of State nominates a candidate who is then approved by the Summit of Heads of State. The post is usually rotational and occupants serve for five years.

Dr Mathuki previously served as a member of the East African Legislative Assembly, chairing the Committee on Legal Affairs and Good Governance as well as Accounts, Trade and Investment.

READ ALSO  VIDEO: Victoria Rubadiri leaves for London, here is why you won't see her on tv for 3 months

He has held political positions in Kenya and in international bodies including the International Labour Standards at the former International Confederation of Free Trade Unions (ICFTU-Africa), now ITUC-Africa, which he served as director.

He was also a consultant for European Union programmes in Kenya.

He comes on as the region implements the Africa Continental Free Trade Area agreement, where he has been involved in the creation of the nascent African Business Council.

The choice of Dr Mathuki may come as a rectification strategy by Kenya, following a low-key leadership by Mr Mfumukeko.

Under his term, countries routinely skipped summits and member states wrangled over tariffs and political accusations.

Mr Mfumukeko served as his President Pierre Nkurunziza, who died last year, boycotted summits, having survived a coup in 2015 while attending one in Dar es salaam.

Burundi also lagged on entering the One Network Area agreement, a deal that removes roaming fees for East Africans traveling in other member states and delayed paying its dues.

“I introduced reforms to address some challenges in the way EAC conducts its business,” Mr Mfumukeko said on Saturday, addressing the virtual summit, whose theme was “Deepening integration and widening cooperation.”

He said expenditure waste reduced by 40 per cent.

Mr Mfumukeko said he faced resistance including a leakage by his staffers of controversial reform programmes to the media.

He admitted that the EAC became a slave of lengthy bureaucracy and “liquidity challenges” brought by delayed statutory contributions.

“The first challenge I encountered was slow implementation of council decisions and directives by member states,” he said.

He added, however, “New financial controls ensured that … the community received clean or unqualified audits. We have continued to receive strong support from our development partners, a strong indication of their confidence in us.”

Even in the virtual summit on Saturday, the first ever by the EAC, Tanzanian President John Magufuli did not attend, sending Vice President Samia Suluhu to represent him.

Although Kenya was expected to nominate a candidate, it initially faced a challenge from South Sudan which had handed in the name of Aggrey Tisa Sabuni.

The 40th Ordinary Meeting for the Council of Ministers, however, ruled that South Sudan had not remitted membership fees since it joined in 2016 and has not passed laws to fully integrate with the community.

A report of the East African Community Secretariat for this year shows South Sudan is the most indebted member of the EAC.

It owes $24.6 million in funding towards the main budget even though it should pay up to $32.4 million including this year’s dues. It should also pay $2.8 million to the Inter-University Council of East Africa and another $345,000 to the Lake Victoria Fisheries Organization.

The secretary-general is the principal executive and accounting officer of the community as well as the secretary of the summit and serves for a fixed period of five years.