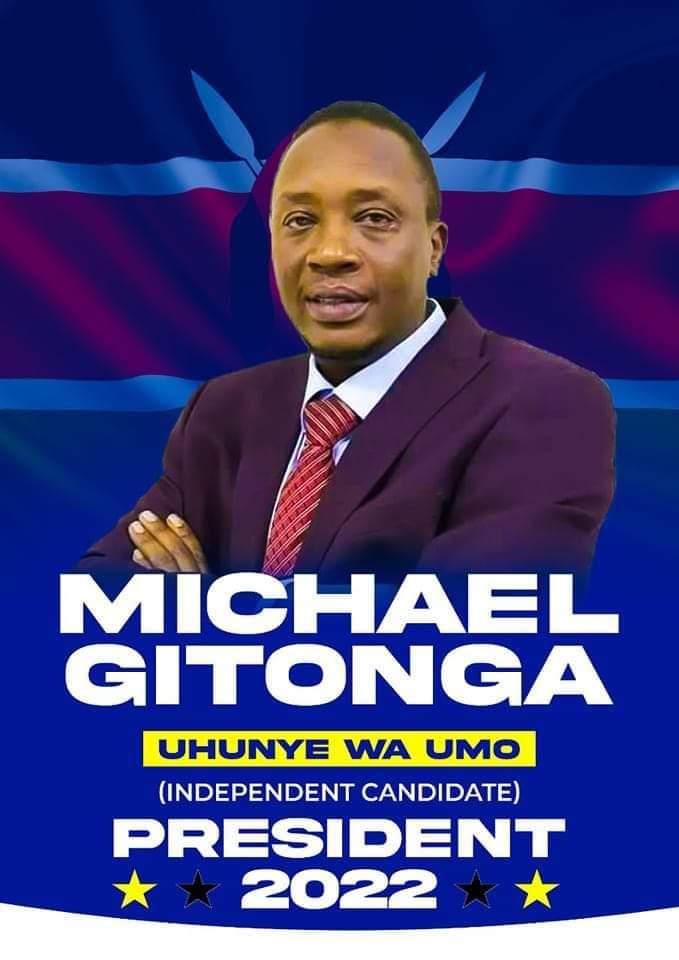 Kenya’s President Uhuru Kenyatta’s look-alike, Michael Gitonga, has declared that he will run for president in the forthcoming general election.

Gitonga, who was speaking to the press in Nairobi on Friday, said he has the interest of Kenyans at heart and that he is their best bet.

The man, who is a mason by profession, said he earns peanuts from his contracts and understands the needs of the common man.

He will be running as a private candidate.

Michael stays in Umoja estate and has branded himself ‘Uhunye Wa Umo’ meaning a president from the eastlands.

“What deputy president William Ruto and Raila Odinga are selling is pure propaganda. I am the real hustler, I know what it feels like to go for days without a meal. I don’t have money to campaign and dish out to the voters but I believe as Kenyans of goodwill will take me to state house come August elections,” he said.

He presented his papers to the registrar of political parties, Ann Nderitu.

He says he is willing to work with Kalonzo Musyoka whose relationship with Azimio Coalition is deteriorating.

Uhunye Wa Umo said tax relief, enhanced security and high quality of education will mark his regime in the Kenyan history with the most development to be witnessed.