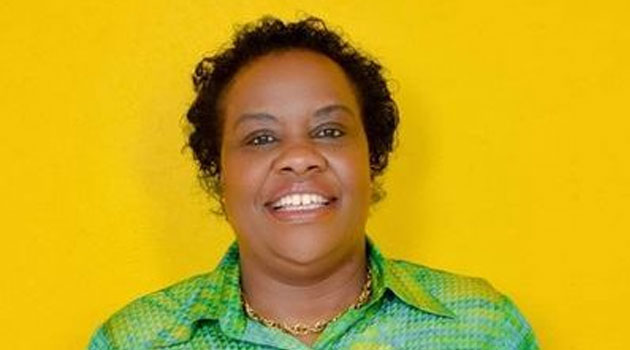 The funeral date was set in accordance with the government’s requirement for burial of Covid-19 victims within 72 hours.

Before her death, she was serving the second term as deputy governor, having been elected in the year 2013 and later in the 2017 elections.

She served in Vision 2030 Delivery Board, Export Promotion Council and Common Market for Eastern and Southern Africa, among others.

Kikwai is remembered for putting together an effective forum to address business promotion of Kenya’s promising industries. 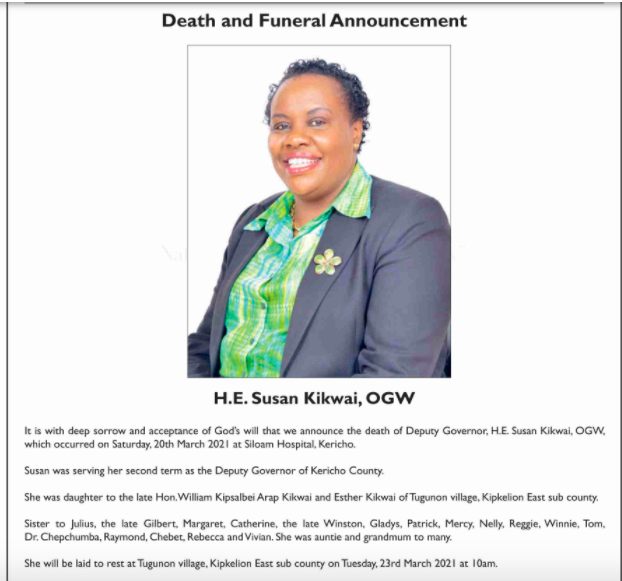 Before joining politics, Kikwai was the Managing Director of Kenya Investment Authority under the Ministry of Finance, from 2005.

In 2007 she was awarded The Order of the Grand Warrior of Kenya by former president Mwai Kibaki for her outstanding performance in investment promotion.