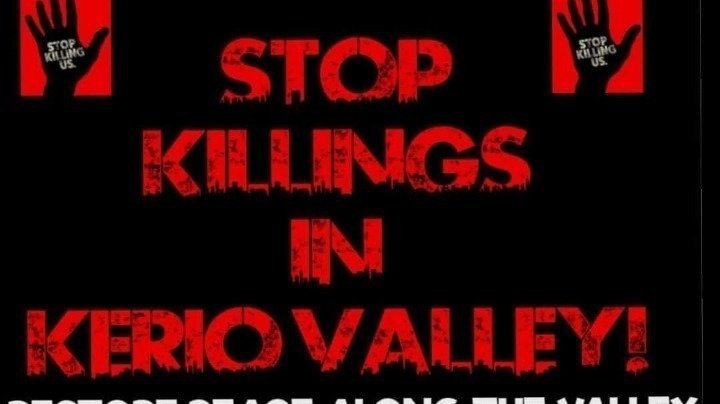 This comes after three children and a herder were killed in an attack by bandits in the Tot region, Marakwet sub-county last Sunday, which left six other people injured.

Insecurity has been one of the greatest challenges in Kerio Valley (Marakwet, Pokot, and Baringo North border).

This has led to the closure of the learning institutions in the affected counties.

The area residents now call for the intervention of inspector general Hillary Mutyambai and the Interior Cabinet Secretary Fred Matiangi to bring the insecurity to an end.

“While the country is in campaign mood, people in Kerio Valley don’t have the freedom to gather to discuss the economy and the local politics, not even national politics. They gather every day to bury a loved one whose life has been taken by a bullet not owned by the government. The people of Kerio Valley are asking the government of Kenya to restore peace in the Kerio Valley,” they told the Press on Wednesday as Kenya marked its 59th Madaraka Day.

They said Kenya will be more prosperous when her people are saved from ruthless bandits.