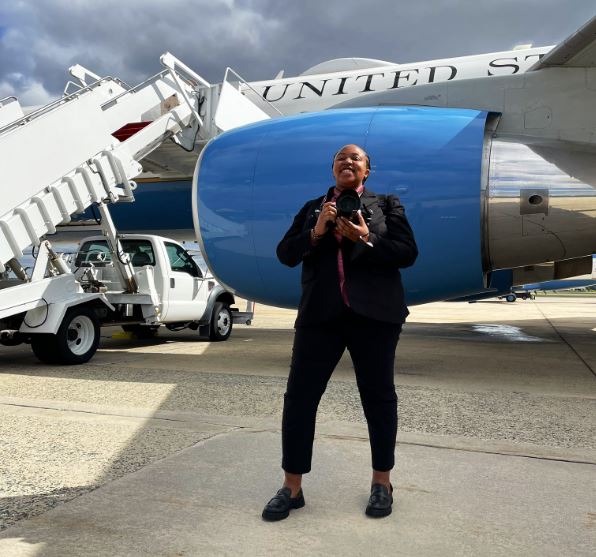 The first official photo editor for the Office of the Vice President of the United States of America, Polly Irungu, a Kenyan, took to Twitter to share a heartwarming moment with her mother.

When Polly called her mother when she was on board Air Force Two, the official aircraft of the American vice presidents, her mother reportedly overreacted and entered a state of prayer. 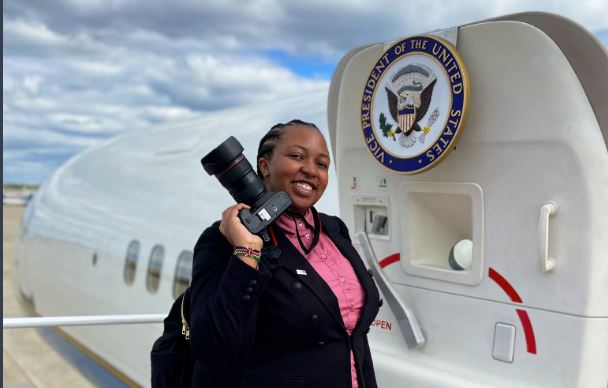 She said: “Note to self: When you call your mom from Air Force Two, make sure you tell her in advance that nothing is wrong. She asked the operator if everything was OK and started praying.”

Here are some of the reactions the tweet elicited.

“You forgot that you have an African mother. Always start with ‘everything is going great’ and then proceed with ‘how are you?’. Congratulations though, enjoy every moment,” said Chabebetuja.

READ ALSO  Betty Kyallo tells off American actor for claiming that her Best Maid eloped with her husband, sharing her photos
Related Topics:NewsPolly Irungu
Up Next

I went missing out of caution- Journalist Parselelo Ole Kantai