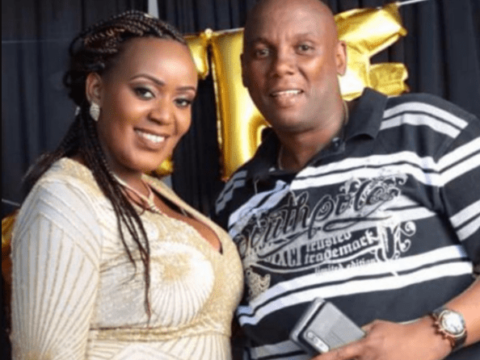 Philomena Njeri and her husband, Jonathan Mukundi Gachunga, will be buried in separate locations next week.

Njeri will be buried at her parents’ home in Kianjege Village, Kanyekini Ward in Kirinyaga County on Tuesday, August 10.

Her spouse, Gachunga, on the other hand will be buried at his parents’ home in Kanyoni Village, Gatundu North Sub-County in Kiambu County on Thursday, August 12.

Family sources, who revealed the burial details to The Standard, declined to disclose why the husband and wife won’t be buried at the same location, despite having been married for ten years.

Postmortem conducted on the couple’s bodies on Friday, August 6, revealed the two died of gunshot wounds.

Gachunga died of a single bullet injury in the head while Njeri had four gunshot wounds.

The Directorate of Criminal Investigations Officer (DCIO) in Kiambu, Dennis Wekesa, told The Standard that the single shot that killed Gachunga was fired on the right side of his head and exited on the left part.

Njeri had two gunshot wounds in the head and two others in the abdomen, the autopsy showed.

The postmortem also revealed that Philomena Njeri was not pregnant as had widely been reported in a section of the media.

The examination was conducted at 11am on Friday, August 6, by Chief Government Pathologist Dr. Johansen Oduor at the Kenyatta University Funeral Home.

Several reports, quoting the couple’s anonymous friends, stated that Gachunga, 42, killed the 30-year-old woman on Tuesday, August 3, after she allegedly informed him that she was expecting another man’s child.

The Standard, however, understands that betrayal suspicions might have pushed Gachunga, a licensed firearm holder, to killing his wife before turning the gun on himself.

The two had been together for ten years, with mutual friends describing the couple as lovebirds “who had a uniquely complicated relationship”.

In the ten years, they had broken up and made up multiple times.

Both Gachunga and Njeri were found dead in their Kirigiti home in Kiambu County on Tuesday evening, August 3, with police treating the deaths as murder-suicide.

“Gachunga and madam (Njeri) had a marriage that was marred by protracted fights and regular break-ups. Yesterday (Tuesday, August 3), was the first time, in five months, that madam was setting foot in the house. The couple had differed in March this year, and madam moved out,” a domestic worker told The Standard.

The couple’s mutual friend said in confidence that Gachunga had discovered Njeri was building a five-storey commercial property in Nairobi without his knowledge.

“So angry was Gachunga that he vowed to sell off his home and dissolve his marriage. Last month (July), he brought valuers to estimate the price of his multi-million-shilling home ahead of the planned sale,” revealed the couple’s friend.

Gachunga was also married to a foreign-based woman, whom he had two children with.

PHOTOS: How UDA’s wave swept through the Kenyan Diaspora community in US