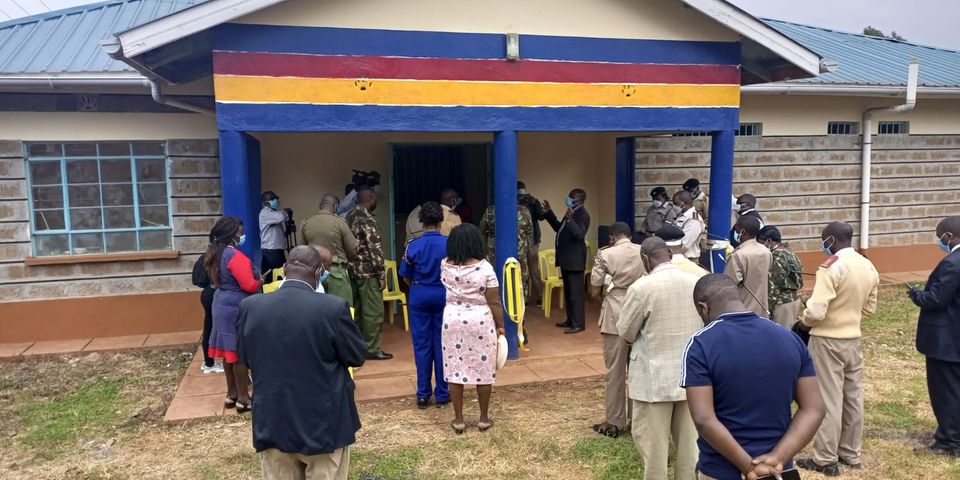 A new police station has been officially opened in Kianjokoma, Embu County where two brothers were murdered, allegedly by police officers enforcing curfew rules, eliciting a bitter uproar from residents.

Ten police officers and an officer commanding station (OCS) have been posted to the station as the government seeks to defuse tension in the area which was rocked by violent demonstrations following the death of the brothers — Benson Njiru and Emmanuel Mutura.

With the new station, the government hopes to reconcile the police and residents and ensure peaceful coexistence.

During meetings after the deaths, residents demanded that a new station be established in the area after officers from the nearby Manyatta Police Station were linked to the murders.

“As a way of making sure that the residents have confidence in the police force and there is reconciliation, the government has opened a new police station in this area. We want peace,” Embu North Deputy County Commissioner Jeremiah Tumo said.

Mr Tumo called on the residents to co-exist with new officers and support them in their work, assuring them that the new deployment is meant to enhance security in Kianjokoma and its environs.

He observed that Kianjokoma became a no-go zone following the deaths of two brothers.

“We became the focus of the world because people were demanding justice, but today we are implementing some of the resolutions that we made so that the residents can feel secure and be satisfied.

“Now we have done what we promised .The  new station is now fully operational with new police officers and an OCS .We  have an Occurrence Book and now residents can seek services here,” he said.

Mr Tumo added that the government will soon provide a vehicle to the station for delivery of quality services.

The administrator asked residents to put what happened in Kianjokoma behind them and move forward as the government has taken action against officers said to be responsible for the death of the two college students.

He also pleaded with the public to work closely with the new officers to ensure there is peace and order in the area.