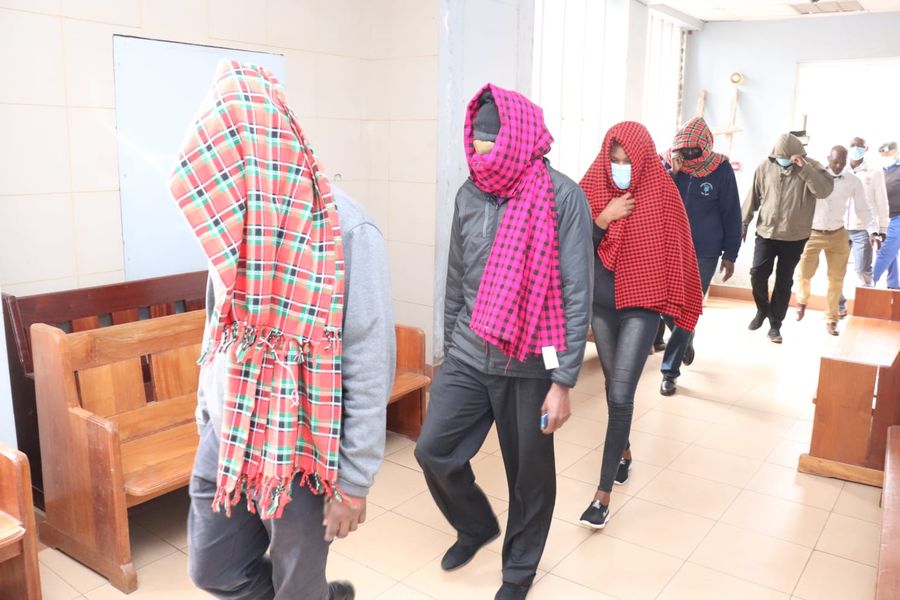 The move jolted the case Tuesday, with four of the six the officers requesting the court to defer plea taking so they can engage other lawyers.

The six police officers, who were recently arrested over the suspected killing of Emmanuel Mutura and Benson Njiru, were produced at the Milimani Law Courts on Tuesday to answer to charges of murder.

They appeared before Justice Daniel Ogembo to plead to charges of killing the two brothers along Kiriari-Mbuvori road in Embu County.

Earlier, the suspects were scheduled to appear before senior principal magistrate David Ndungi for the closure of a miscellaneous file in which detention orders had been issued.

Defence counsel Danstan Omari, who is among the lawyers who quit the case today, had said that one of the suspects, Cpl Kariuki, is sick and could not be produced in court.

Mr Ndungi had directed that all the suspects be produced before him for directions after they are charged before Justice Ogembo.

The six police officers were attached to Manyatta police station in Embu when the brothers died.