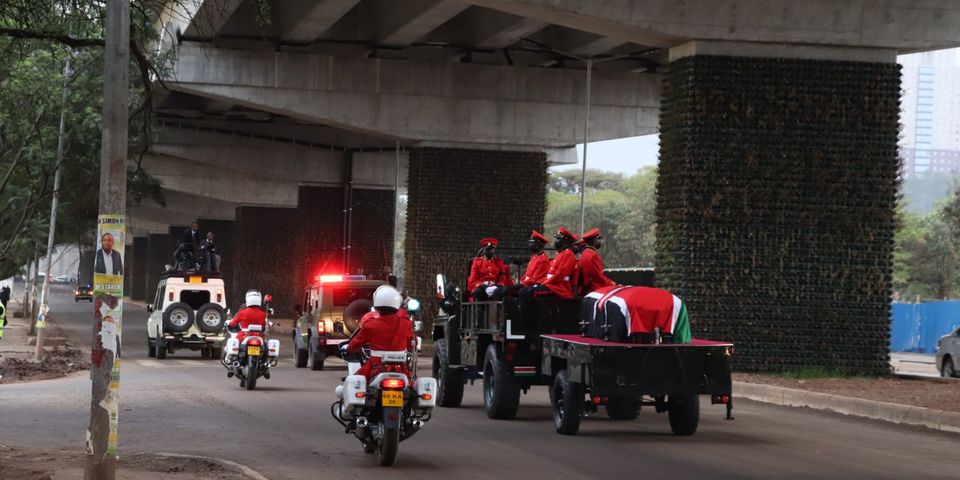 The former president’s body will be moved by road to Othaya Approved School, according to the National Funeral Steering Committee.

The route will be manned by security agents from the National Police Service and other authorities to ensure safety.

“They have all rehearsed and have been placed at the points where they are going to be. We do not anticipate that anything will go wrong,” remarked Interior CS Fred Matiang’i while giving the committee’s update on arrangements for Friday’s Mass and Saturday’s funeral.

He also stated that all arrangements for the Mass and state burial have been finalized.

“We request all members of the public to be seated by 8am because we want to start early so that those who have to travel out of town are able to go back to their homes early enough. The funeral service is expected to end at 1pm,” CS Matiang’i added.

READ ALSO  Where is the vaccine? Kenyans ask
Related Topics:Kibaki's FuneralNews
Up Next

Kibaki’s funeral service to begin at 8.00am at Nyayo Stadium