Kibaki's funeral service to begin at 8.00am at Nyayo Stadium 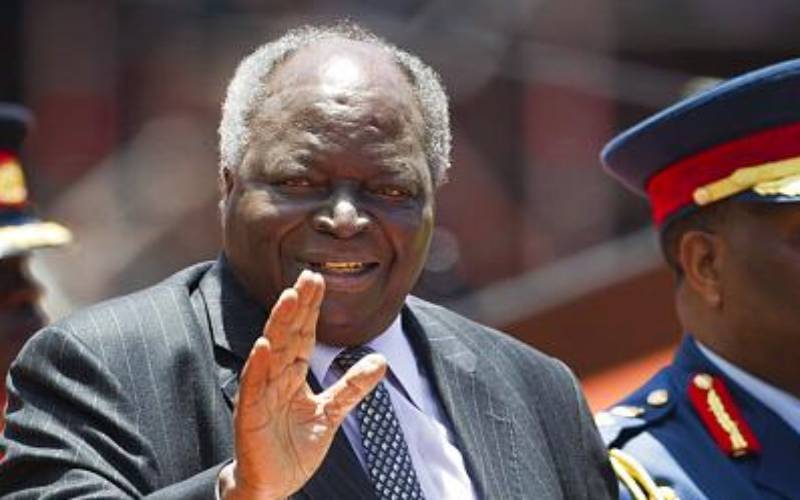 Kenyans should be settled down at Nyayo stadium by 8 a.m. on Friday for retired President Mwai Kibaki’s memorial service.

Interior Cabinet Secretary Fred Matiangi announced this while overseeing the National Funeral Steering Committee’s preparedness at the venue for the function.

“We request our citizens to be time conscious because this is ceremony that involves a lot of people and we want to make sure that no one is inconvenienced,” he explained.

The state funeral service program, according to the Secretary of the Interior, will be completed by 1 p.m.

This is to give adequate time for the former President’s funeral rituals, which will be held at his residence in Othaya, Nyeri County.

“We want to start early so that who require to travel out of town are able to move back to their homes early enough,” he stated.

The CS of the Interior Ministry reassured that the burial will go off without a hitch.

“We don’t anticipate that anything will go wrong we will do this with the precision, effectiveness and the decency expected from government and respecting our former President Mwai Kibaki,” he noted.