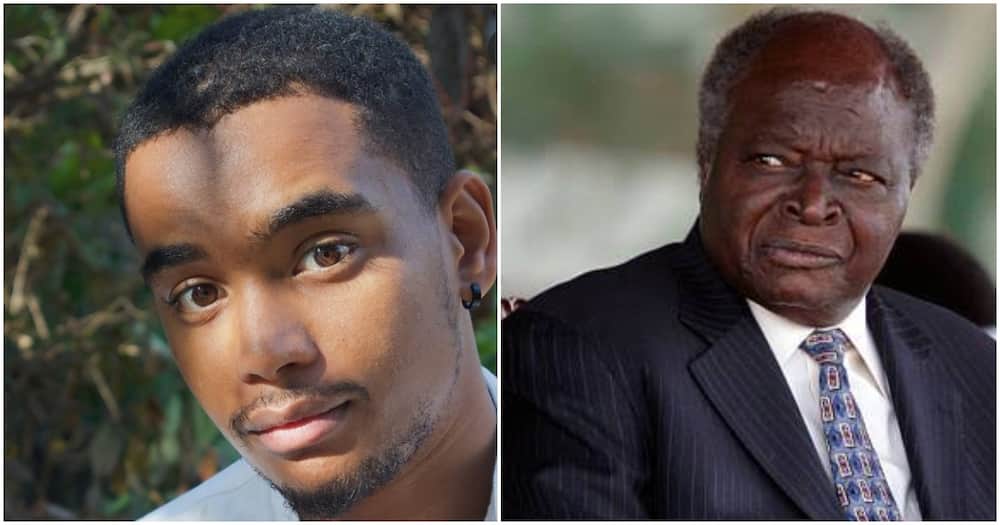 Sean Andrew Kibaki, one of the late former President Mwai Kibaki’s grandchildren, paid tribute to him during a private burial ceremony held in Othaya Nyeri County on Saturday, April 30.

Sean, a professional fashionista and photographer, joined the other Kibaki family members in filling the grave with soil with a spade.

Sean’s gesture, when he was filmed taking off one of his rings and dropping it in the grave after handing over the spade, stood out.

People commonly bury sentimental items such as guns and jewelry that they used during their lives. It is a wish to share items they cherish with a lost loved one as they move to their ultimate resting place.

Burying personal items can also be used as a grief coping method. It’s like a link between the grieving and the deceased.

Sean eulogized his grandfather, Kibaki, as a sensitive and perceptive leader. He also revealed how he influenced him to pursue a career as an economist.

“Guka is without a doubt the most observant, attentive, and knowledgeable man I have ever met. Compassionate and humble, he represents the man I wish to be. With a contagious smile and an infectious laugh, a true gentleman, role model, and leader.

Words do not carry enough weight to describe the man I knew. Brilliant, loving, wise, and passionate to name a few. He brought economics to the forefront and inspired a new generation of economists, including myself,” he stated.

READ ALSO  Raila lands in the United States for his tour
Related Topics:Mwai KibakiNewsSean Andrew
Up Next

Lupita lands new role ahead of mega event in Kenya