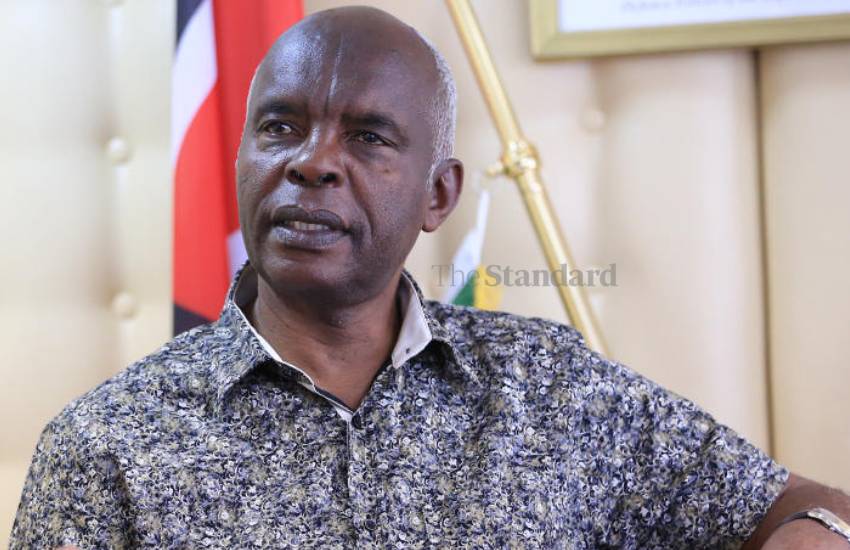 “I have consulted the people of Makueni who have given me the marching orders. There are only two credible formations when it comes to the rece for State Hous and Raila is the best bet,” said Kibwana – who has a long history of fighting for political reforms in Kenya – whila addressing the media after a closed door meeting in Naivasha on Monday.

Raila, who received a major boost after more than 30 governors -including Kibwana – endorsed his candidature, under the Azimio La Umoja aegis, said he was delighted to see his support base expanding.

The governors described him as the best-suited to take the country to the next level and protect devolution.

Led by Laikipia governor Ndiritu Muriithi, who read the official statement on behalf of his colleagues, the county bosses touted his” impeccable track record fighting for democracy” as the reason they decided to support him.

“This has been a consultative meeting between governors and Mr Odinga to reassure him of our support and also to discuss the way forward with regard to the August elections. There were 30 of us present and a couple of apologies,” he said.

Mr Muriithi, who also doubles up as the chairman of the ODM leader’s campaign board underscored the need of strengthening devolution, saying the survival of the devolved units was tied to the coming general election.

The leaders took a swipe at Deputy President William Ruto who they accused of having been continuously opposed to the constitutional changes including the Building Bridges Initiative (BBI).

“Should the instruments of power fall in their hands, the people who opposed devolution, who opposed the 2010 Constitution, can disband devolved units. It has happened once in this country before. It can happen again,” said Kitui Governor Charity Ngilu.

She said since 2013, the progressive steps have survived largely because there is a President who believes in and supports the new constitution and devolution.

“Otherwise there was a real danger of devolution being made to fail,” she stated.

Mr Odinga declared his readiness to take the country forward should he be given the mantle to lead the country during the August elections.

“I have what it takes to take Kenya to greater heights with the support of the governors who understand how devolution works right from the grassroots level,” said the ODM leader.

In a veiled attack on the DP, Mr Odinga warned against those advocating for “class war,” saying the best way to grow the country was to empower those struggling for survival.

The ODM leader said the aim of the alliance was to prevent the country from falling in the wrong hands and backsliding into monolithic and dictatorial conditions.

Kibwana also dismissed Kalonzo Musyoka’s ambition to ascend to the presidency insinuating that he is not sincere with the electorate.

“One could be doing so hoping to have get MPs in the House so as to use tham as a bargaining chip, but are you telling the people the truth?” he wondered.