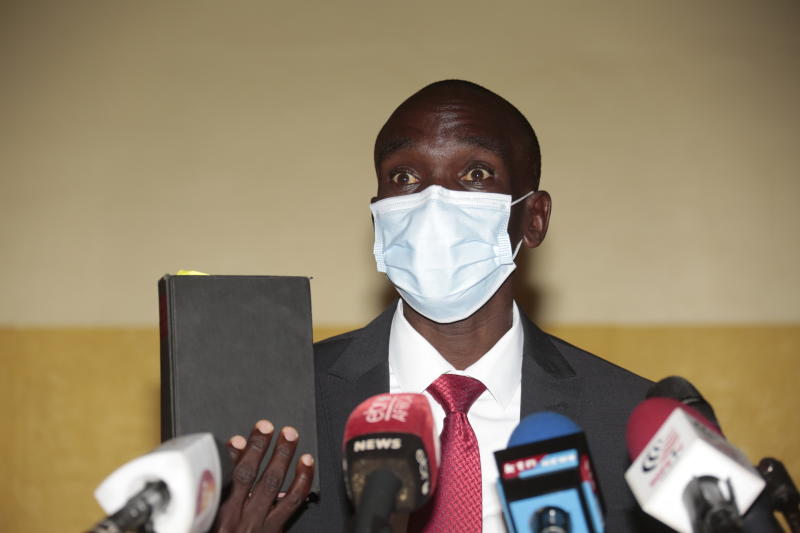 Eliud Kipchoge, the Olympic marathon champion and world record holder, says he is looking forward to a beautiful race today in Enschede, the Netherlands, a run he sees as crucial preparation for this year’s Tokyo Olympics.

The race was originally scheduled to take place on April 11 in Hamburg but was postponed over Covid-19 restrictions, forcing the organisers to look for an alternative location.

It will be Kipchoge’s first outing since his surprise loss at the London marathon in October when he was eighth, more than five minutes slower than his world record of 2:01:39 and over a minute adrift of Ethiopian winner Shura Kitata.

“My goal is the same — to run a good race and a beautiful race,” he told reporters in a virtual news conference on Friday. “All of us will enjoy, we will test ourselves, the shape we will have on Sunday, but above is the beauty of the race.”

The event, closed to the public, will feature more than 50 elite athletes from at least 20 countries, said the organisers.

Among those competing today against Kipchoge will be 2012 Olympic marathon champion Stephen Kiprotich of Uganda.

“Winning is important, specific time is important but I can’t say I want to aim for this time, I really want to run a beautiful race,” Kipchoge said.

Kipchoge also said it had been hard to cope with the restrictions on training resulting from the pandemic.

“Covid has destroyed everything, it has destabilised our training, our lives. Now we train with the small groups and we are competing without the fans,” he said.

“I have been in the sport for the last 17 years and trained with a crew and imagine one day you are being told to train alone,” Kipchoge added.