Kiraitu: Jubilee is dead, bury it 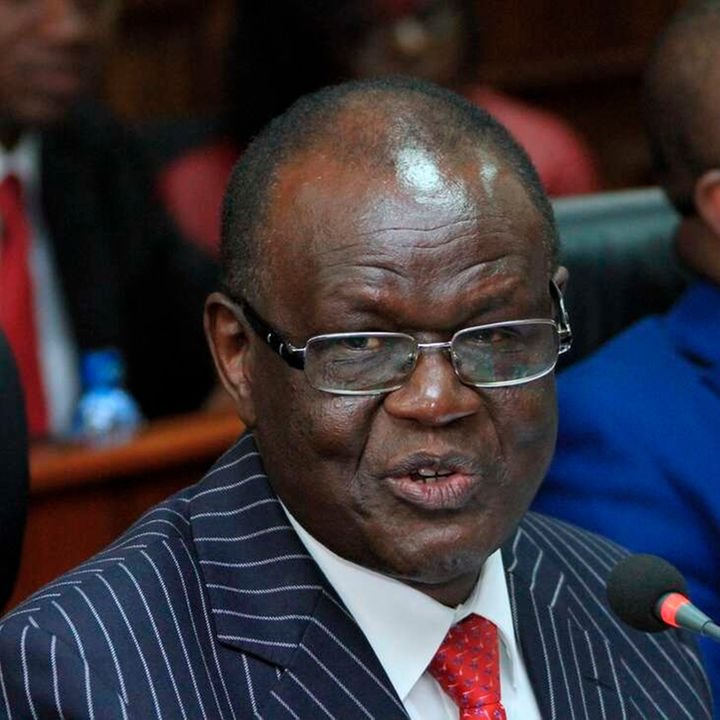 Meru Governor Kiraitu Murungi, a key founder of the Jubilee Party, has described it as clueless, rudderless, planless and disorganised, saying it would be a miracle if the vehicle on which President Uhuru Kenyatta rode to re-election in 2017 retains power in 2022.

He says the party has become a “wild horse” with no rein or clear destination and is following the trajectory of the National Rainbow Coalition (NARC) and Party of National Unity (PNU), both which died in maternity soon after “delivering the presidents.”

Kenya’s third President Mwai Kibaki ran on a NARC ticket in 2002 and was re-elected on a PNU ticket in the disputed 2007 election, but the parties soon disintegrated to shells of their former selves with vicious squabbling triggering internal implosion.

He describes the President’s party as an engine without a body and its members orphans of a lost cause.

“During the launch of Jubilee at Kasarani on September 16, 2016, (Deputy President William) Ruto described ODM as ‘a clueless, rudderless, planless and disorganised’ party. This description now squarely applies to Jubilee,” he says.

President Kenyatta and his deputy came to power in 2013 as a coalition of TNA, URP and a motely of a supporting cast of smaller parties, all of which folded ahead of the 2017 elections in favour of one unified vehicle.

Mr Murungi was, with former Minister Noah Wekesa, the coordinator of the nine-month process that saw 13 parties fold at Moi International Sports Centre Kasarani to great fanfare in 2016.

Cracks, however, emerged shortly after the 2017 General Election, with Mr Ruto charting his own path under what has come to be known as the Hustler Movement, while President Kenyatta has soldiered on virtually undeputised, launching and commissioning development projects across the country.

On the President’s side is his erstwhile archrival Raila Odinga, with whom he started a unity bid on March 9, 2018, dubbed The Handshake.

After initial denial of frosty relations between him and the President, Mr Ruto has in recent months gone for broke, marketing his newfound party United Democratic Alliance (UDA) and sponsoring candidates against Jubilee — some of whom won — in his boss’ Central Kenya turf.

“It is a sad, lost cause,” says Mr Murungi. “All that remains of Jubilee is the shell, the emblem, the flag and the irony: Tuko Pamoja.”

The governor’s uncharacteristic outbursts are contained in a new bare-it-all book authored by veteran journalist Njeri Rugene and published by Kenway Publications, an imprint of East African Educational Publishers.

Beyond Politics: A Conversation with Kiraitu Murungi is written in a question-and-answer format, and is replete with quotes on varied subjects; from grave, life-and-death issues to more mundane matters, delivered in rich imagery for which the Harvard-trained lawyer is well-known.

Mr Murungi, a battle-hardened second liberation movement stalwart, is one of President Kenyatta’s staunchest supporters and a key pillar of his administration after several leaders from the Mt Kenya region decamped to DP Ruto’s camp.

He is also one of the leaders supporting the President’s unity bid under the Building Bridges Initiative (BBI). Yet Mr Murungi does not filter his acerbic analysis of the difference between Kibaki’s and Kenyatta’s leadership styles.

He goes on: “Uhuru is no longer the political neophyte — the Kamwana who lost the 2002 election. He has become an expert in the power game. The first commandment of politics is survival; survival at all costs. Uhuru has survived many political storms. His rule has been dogged by numerous crises and uncertainties, but he has always come out on top of them.”

He believes Kenya’s fourth president has become the new ‘Professor of Politics’ after Moi, saying he has “outfoxed, out-maneuvered, co-opted or side-lined all his political competitors.”

“Uhuru is a very intelligent, flexible and practical politician who is guided not by abstract ideologies, but by pragmatism,” he notes.

Mr Murungi says behind the president are powerful think-tanks, friends and advisors who always keep him a step ahead of his opponents, “pre-empting any threats and keeping him on top of any emerging issues.”

Asked whether he agreed with those who thought President Kenyatta could be planning to extend his rule through a Putin-style prime minister after the next General Election in 2022, Murungi is cryptic: “Uhuru is a young man-just turned 60. I don’t expect him to retire and stay at home like Mwai Kibaki. I believe he could serve the country as a statesman in other capacities, but from where I sit, I don’t see him answering questions in Parliament as a prime minister. But as lawyers say, ‘Not even the devil knoweth the intentions of man’.”

Mr Murungi believes Mr Ruto’s estrangement from his boss with whom he jelled in the first term to the extent of painting theirs as a co-presidency, was occasioned by the DP’s ambition and grassroots appeal that, says the governor, threatens the status quo.

He says Ruto has committed “crimes of ambition” and that those opposed to him see him as a “strong-headed, callous, untrustworthy and dictatorial character who can do anything to access or retain power.”

“They are afraid of what he might do once in power. He could be another Moi, Robin Hood or Hitler who must be stopped at all costs. His Messianic-style lumpenproletariat appeal poses a threat to the status quo and makes vested interests uncomfortable.”

Mr Murungi says politics is a cruel, unsentimental game which has “no yesterdays”. “If you quarrel with your boss, you become a leper and people avoid you. You are politically dead even to your friends. Nobody picks calls even from the dead!”

Without elaborating, he says Mr Ruto is now at the top of the mountain. “Political heights are cold and dangerous places to be. It can be slippery up there.”

The governor is, however, non-committal on his own party of choice with which he will defend his gubernatorial seat. “I don’t know my party for 2022. I am still scanning the political landscape and the horizons. I am doing my math and keeping close to the political heartbeats. Time will tell.”

Despite being a defender of the BBI, which he says is the answer to the winner-takes-all politics and skewed resource allocation, Murungi describes it as an elite power game driven by self-interested politicians on both sides of the debate.

“The ‘Dynasty Team’ seeks power through the rotation of ethnic barons into and out of office, relying on a strategy of vertical politics, ethnic loyalty, regional identity and state apparatus”, instruments he says have been used before with a large measure of success. But he appears to cast doubt on their effective application in the present dispensation.

“The younger political elite are seeking power through populist class narratives. The ‘Hustler Movement’ mobilises and whips up emotions of the poor and the downtrodden against the ruling elite who are accused of insensitivity to the plight of the common man.

“They champion the cause of the underdogs and the poverty stricken and capitalise on their frustrations, anger, and resentment, promising them a better future, but without details.”

He says such messaging resonates well, especially with struggling and unemployed youth who feel ignored by those in power, but is quick to add that the two camps are simply competing for power.

“The solution to the youth question has to go beyond handouts, wheelbarrows and grass cutting. What is needed is a serious coherent and comprehensive youth programme, not shallow, short-term populist propaganda.”

The book is a rare window into the mind of one of the philosopher kings — an Aristotelian term for leaders with intellectual bent — of Kenya’s politics. Mr Murungi, a published author, is at once brutally honest about the real motives of the political elite, while desperately trying to show he is apart from them as an “insider-outsider”.

Though I lost my sight, I now see the world more clearly