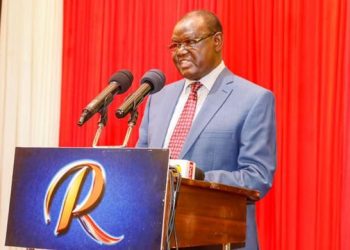 The frontman of the Devolution Empowerment Party, who is seeking re-election, made the declaration at the party’s National Delegates Conference (NDC) in Meru County on Tuesday.

Kiraitu said his party collaborated with the Azimio movement after conducting comprehensive conversations with his party members, political competitors, and his county’s citizens during the NDC, which was graced by the ODM leader.

“We have done the research, talked to opponents and listened to confidential reports. I can confidently tell you that the fifth president of the Republic of Kenya is no other than Raila Odinga. Devolution empowerment party will work with Azimio Movement for a better Kenya,” Murungi said in a Twitter post.

In turn, Odinga expressed gratitude to the Meru Governor and his party for welcoming him to the ceremony, uniting with him, and backing his presidential campaign.

Murungi’s bid to retain his seat would face him against Meru Senator Mithika Linturi, who has declared interest in running for Governor on a UDA ticket as well.

Sonko answers to ban preventing him and family entering US