Kirubi was behind my alliance with Sonko, Igathe reveals 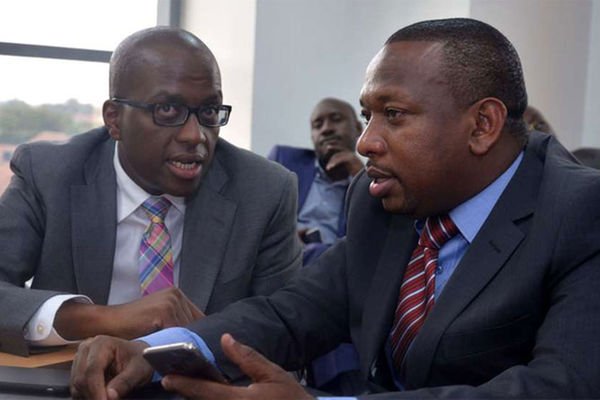 Former Nairobi deputy governor Polycarp Igathe has revealed that it was the late Chris Kirubi who lured him from Kenya’s C-suite into politics to become Mike Sonko’s running mate in the 2017 General Election.

Igathe said the billionaire businessman had designed the Sonko/Igathe gubernatorial ticket as part of a greater scheme to make Kenya’s capital more friendly to business.

“He is the one who designed the ticket,” Igathe said Friday, confirming what has always been rumoured in political circles when he eulogised him.

While describing the late Kirubi as his friend, mentor and confidant, he said he allowed him to execute a plan for the city but regretted that things did not work out between him and Sonko.

Before joining politics, he served as managing director (MD) of Vivo. He had also worked at Kirubi’s Haco Industries as MD for 10 years.

During election campaigns, the two came up with the plan that Igathe, who had earned his stripes in corporate Kenya, was to deal with the operational and policy elements of governance while Sonko focused on the politics.

He and Sonko went on to win the gubernatorial election and for a while, it seemed that the unlikely pairing would work. Soon, however, cracks began to show.

The political arrangement was fraught with challenges, and Igathe resigned in January 2018 after falling out with Sonko.

“Dear Nairobians, it is with a heavy heart that I resign as elected deputy governor of Nairobi County effective 1pm on 31st Jan 2018. I regret I have failed to earn the trust of the Governor to enable me to drive the administration and management of the county,” Igathe said at the time.

Before his removal from office, Sonko had alleged that Igathe was forced on him by powerful businessmen in Nairobi as part of a scheme to impeach him to pave the way for an Igathe takeover.

Igathe, however, did not delve into the circumstances that led to his exit from Nairobi County but claimed that Kirubi was the author of plans to have management of Nairobi revert to the national government.

Nairobi is currently being managed by the Nairobi Metropolitan Services (NMS), a controversial entity that is at the heart of Sonko’s impeachment.

As to whether it was Kirubi who pushed for the formation of NMS, Igathe did not delve into that at the memorial.

Speaking at the Faith Evangelistic Ministry Church in Karen, Nairobi, he eulogised the business magnate as a great friend, mentor and confidant. He said their special bond had greatly impacted his life.

“He invited me to the ringside seat of his iconic life. I am a graduate of his institute of advanced hindsight,” he said, pointing out that Kirubi, who served as the chairman of Kenya Associastion of Manufacturers, had during his tenure defended local manufacturers from the onslaught of cheap imports.

“He decried the effects of counterfeit drugs on the health of Kenyans and the impact they had on local manufacturing products,” he said, adding that Kirubi also advocated for diversificatrion of power generation mix.

He also revealed that Kirubi had also influenced his appointment as the pioneer chairman of the Anti-Counterfeit Agency when it was first set up.

Related Topics:NewsPolycarp Igathe
Up Next