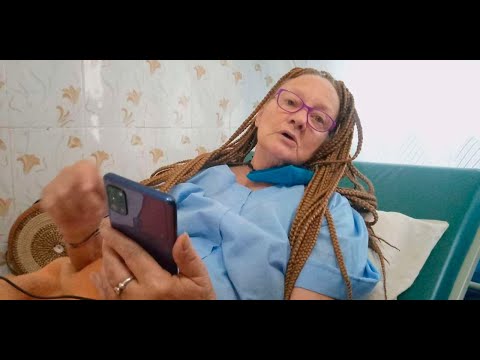 300
SHARES
ShareTweet
An American missionary has been detained at a private hospital in Kitale over a Sh259, 465 medical bill.

Ms Sandra Joyce Lichtfuss, 68, who suffered a hip bone fracture after falling at her house at Gatua Estate, has been receiving treatment at Goodwill Cottage Hospital.

Ms Lichtfuss, who comes from Pennsylvania State in the US, was rushed to the hospital on July 29 where she underwent a surgery to repair the hip bone. She has been in the country for five years.

She told Nation.Africa that she was playing with her two dogs when she slipped and fell from a chair as she picked something from a shelf.

“I slipped from a chair, hit my ankle on the table before I fell. I felt a sharp pain before hitting the floor,” she said.

She was rushed to Goodwill Cottage Hospital where she underwent a hip surgery before being subjected to orthopaedic management.

Sandra said that the hospital only informed her of the medical bill at the time of discharge.

“Nobody had told me there was a policy to pay medical bills before leaving the hospital. You don’t treat someone like the way they did, especially a foreigner who is spreading the word of God,” she said, adding that she had been trying to reach out to the US embassy to assist her but they are yet to respond.

However, Dr Godfrey Onyango, who owns the hospital, told Nation.Africa that the patient felt offended when nurses asked her how she would settle her medical bill.

The patient later requested the management to allow her stay, though she was due for discharge, to allow her raise money to pay the bill since her friends were running a funds drive.

Violation of her rights

“She said her friends had formed a WhatsApp group to raise funds, she has not paid a cent despite commitment by her friends,” said Dr Onyango.

The patient termed her detention in hospital a violation of her rights saying that the facility had barred her from getting out to work and raise funds.

“Right now I seriously need help from people with a good heart to settle the bill,” she appealed.

Man stabs college girl after she ‘refused to date him’

‘My husband has not touched me for four years’