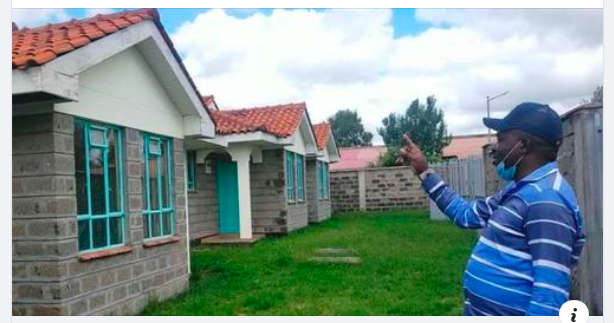 What began as an ambitious project by boda boda operators from Kitengela eight years ago has remained just that; a pipe dream.

The idea was that each operator would contribute KSh 100 daily with which their Sacco, Kitemoto Cycle Owners Saving and Credit Cooperative, would build a house for each one of them.

It sounded excellent on paper, and the groundbreaking gave it the feeling of reality that each one was looking forward to.

Daily Nation reports that the dream started small as every member was given a motorcycle during the initial years of the project.

It is, however, when they chose to think bigger by building houses for each other on a five-acre piece of land in the Kisaju area of Isinya sub-county that things came crashing down in shambles.

“We were pioneers in this industry and we wished to leave an indelible mark,” said Mr Alois Mwai, the group’s chairperson.

Through Kitemoto Housing Society founded in 2010, the group secured a KSh 4.7 million loan from the National Cooperative Housing Union (Nachu) to construct the 100 three-bedroom houses.

Mwai adds that each rider was to benefit from a bedsitter unit nestled on a 20 by 60 feet plot with a plan to expand them to three-bedroom houses once the loan was cleared.

The project now resembles a ghost town with most houses standing forlorn, like an area reeling from the aftereffects of war.

Unkempt gardens, leaking roofs, and vandalized fixtures dot the structures, making them an eyesore even to those who had high hopes in the development.

The project started running into ruins as 30% of the members defaulted on the KSh 7,600 monthly loan instalments that were to run for seven years.

From an initial value of KSh 4.5 million per unit, the structures have since depreciated to about KSh 3.6 million, with efforts to sell them being futile.

There, however, exist a few members who managed to complete the houses and either move in, rent out or sell them off.

Hope is what the rest of the members now cling onto as they foresee a future where the project the sacrificed blood and bone for will come alive again and make the long wait worthwhile.

Even though he put some of his properties for sale in order to pay up the huge debt amid cries from over 50,000 members, the complainants are yet to receive their money back.