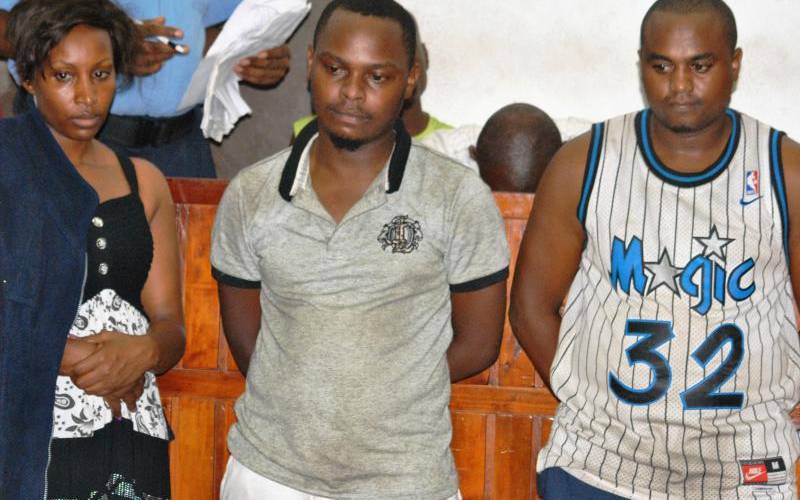 The four men who disappeared from a Kitengela hotel a fortnight ago were living on borrowed time. The bodies of two of the men were found a few days ago in Murang’a County while the other two are still missing.

The key question now is who wanted them dead?

The Sunday Standard has established they were well-known in the Coast region where they were linked to various crimes.

They all had pending court cases. They were facing multiple cases, alongside their accomplices, some of whom have since died mysteriously.

Court documents show Oduor, Obuong and Imbai were arrested and charged after police linked them to a deadly gang behind a spate of robberies at the Coast.

The four disappeared moments after having lunch at a hotel in Kitengela town, Kajiado County.

Three bodies were found in Mathioya, Murang’a County, and Thika in Kiambu County. Two of them, Obuong’s and Imbai’s, were identified by relatives. However, the third body thought to be Ochieng’s was disowned by his kin.

On Friday, Inspector General of Police Hillary Mutyambai said a special team of homicide detectives had been formed to investigate the matter.

The Sunday Standard has established that the cases the four and their accomplices were facing included theft from parked vehicles in Mombasa, Taita Taveta and Kilifi counties. The offences were committed between 2016 and 2018, court documents show.

Oduor and Obuong were arrested alongside businessmen Chege Gitau and James Mwangi Munyao. Gitau was killed in 2017 as he waited for the gate to his home in Tudor, Mombasa County, to be opened.

Chege, 34, was killed on September 18, 2017 after five men accosted him and sprayed his car with bullets.

A neighbour claimed Chege was speaking on his cellphone about some payment before gunshots rented the air. They checked minutes later after scampering for safety and Chege lay dead, in a pool of blood.

Chege was well known by his neighbours, having been arrested, arraigned and his story widely covered by the press over his links to criminals whom police blamed for a spate of robberies that rocked the Coast region.

On July 9, 2017, Chege was arrested for stealing goods worth millions of shillings, police and court records show. He was captured as he offloaded the goods from a container in his compound in Tudor.

Police said the goods, then estimated to be worth Sh23,425,000, were stolen from containers at an inland deport.

Chege was killed barely a month after he was charged and released on Sh100,000 bond by a Mombasa magistrate’s court.

On Saturday, neighbours told The Sunday Standard that Chege posed as a clearing and forwarding agent.

By The Sunday Standard

A calling that identical twins could not resist