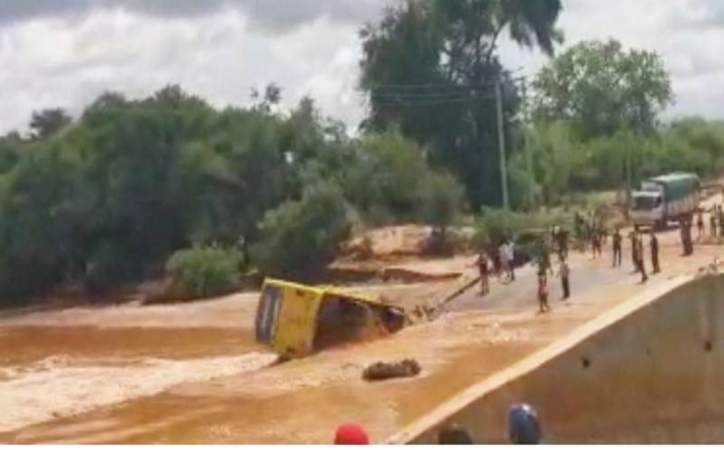 18 choir members of Mwingi Catholic Church have drowned after the bus they were travelling in plunged into River Enziu.

The choir members reportedly drowned after a bus with 30 passengers plunged into the river which is in Ngune Village, Mwingi Central in Kitui.

The passengers were heading for a wedding in the Nuu area from Mwingi Town on Saturday before they were involved in the accident.

Joseph Yakan, the Mwingi East Sub-County Commander said the driver of the bus was attempting to drive the vehicle past a flooded bridge when water tides overpowered the vehicle, sweeping it into the river.

Following the incident, police have confirmed that the 18 passengers have drowned and 10 others have been rescued. Search for more bodies is still ongoing.

Deputy Speaker to MPs: I’m tired of counselling your mistresses