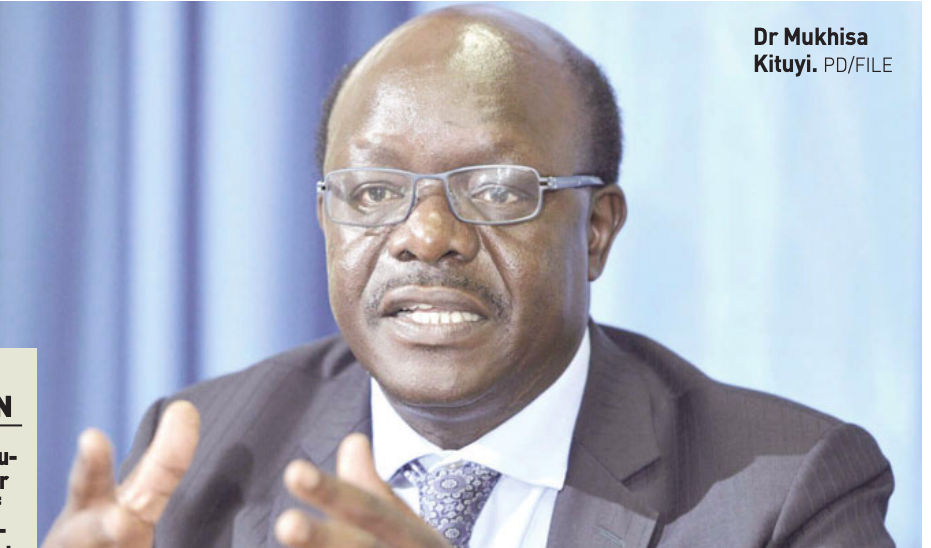 Former Secretary-General of the United Nations Conference on Trade and Development (UNCTAD) Dr Mukhisa Kituyi is set to record a statement with the Directorate of Criminal Investigations (DCI) in Mombasa over assault allegations against him.

Coast Region Police Commander Paul Ndambuki said summons had been issued to the presidential aspirant to appear before the detectives at Nyali where he is expected to be grilled and his statement recorded. The summons follows yesterday’s directive by the Inspector General of Police Hillary Mutyambai.

“He has been served with the summons, I personally did it and he is expected to appear before detectives and record his statement in relation to the matter at the location where the crime is alleged to have occurred,” said Ndambuki. Kituyi’s summoning comes only a day after an exclusive story carried in yesterday’s edition of the People Daily newspaper in which Kituyu not only denied the assault allegations but also said he and the lady had amicably sorted out the matter.

Ndambuki revealed that four other witnesses, including the hotel’s guards and staff, who witnessed the incident had already started recording their statements Dr Mukhisa Kituyi.

Presidential aspirant had initially denied the allegation saying he and the accuser had amicably resolved issue with investigators. “We have a number of witnesses who have recorded statements with our DCI officers probing the matter, to enable police take necessary action against the suspect,” said Ndambuki. Sexual advance.

The complainant, Diana Opemi Lutta, lodged her complaint at Nyali Police Station, accusing the former UN boss of assaulting her within Tamarind hotel after she declined his sexual advances. Preliminary investigations show the two were close friends and police said they would conduct a thorough probe to establish what exactly transpired.

In her statement under Occurrence Book (OB) number 10/22/05/2022, Lutta accused the politician of assaulting her and that she sustained injuries on her knees. Ndambuki said a police medical examination report, popularly referred to as P3, had been issued to the complainant and had already been filled by a medical doctor.

The doctor will also be a witness in the case. “He pushed me from the bed, and continued kicking me even after I fell on the floor. I sustained injuries on my left knee,” she claimed. Following the summons, two senior officers were yesterday deployed to the Tamarind hotel to probe the incident further. Kituyi has denied the assault claims. He, however, confirmed that a report on the alleged assault had been made to police but was later withdrawn.

“Someone had written a report claiming I assaulted her but it was not true. I’ve never beaten any woman in my life,” he said

My relentless journey to better my good