KU student in court after using fake Mpesa messages to buy food and drinks worth Ksh189,000 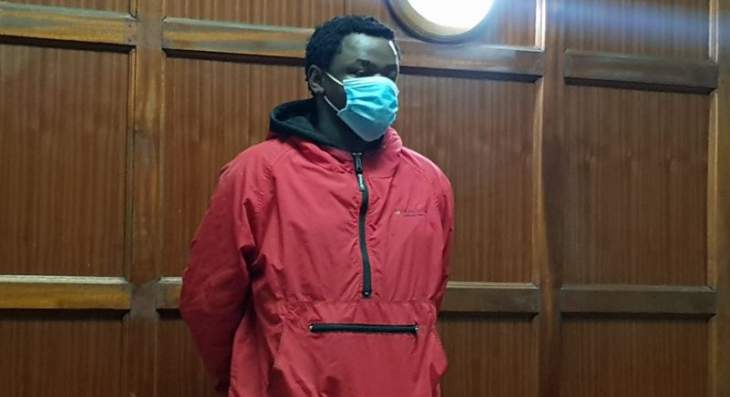 Emmanuel Bwire , a third-year student at Kenyatta University has been charged with obtaining drinks and food worth Ksh189,000 from a city hotel by paying with fake Mpesa transaction codes for three days.

Mr. Bwire who was arraigned and charged at Milimani Law Courts in Nairobi is alleged to have committed the offence on diverse dates between December 13 and 16, 2021, at Hill Park Hotel in Nairobi.

Court papers reveal that the 24-year-old man ordered the food and drinks in bits.

“He ordered drinks worth Ksh28,100 and a delivery fee of Ksh2000. He then requested the waiter to furnish him with the bill so that he can pay through Mpesa. The hotel did not see the message since their Mpesa mobile phone had issues,” a police report seen by local dailies reads in part.

The hotel waiter and security officer who acted as the driver delivered the said drinks and food and were furnished with the M-pesa transaction code by the accused.

The following day, the student ordered drinks and food worth Ksh47,000 which he claimed he paid through Mpesa and gave out the Mpesa transaction code as usual.

He did the obvious on the third day; ordered drinks, food and transport worth Ksh51,600 and gave the Mpesa transaction code to the hotel delivery guy but this time around, the hotel messenger asked the accused to allow him to take a photo of the Mpesa message which he did.

Court heard that while leaving the accused person’s house, a lady approached the waiter and the hotel security officer and warned them against the gentleman.

On arriving back at the hotel, and after counter-checking the Mpesa transactions, the waiter was shocked to find out that the messages were fake and that there was no money paid to the hotel by the accused person via Mpesa since December 13.

He then raised an alarm to the hotel accountant and he was advised to look for the gentleman.

Luckily, on December 16, the accused called the waiter as usual and ordered food and drinks amounting to Ksh61,000.

This time around, the hotel messenger was accompanied by a police officer to the student’s residence.

As usual, he produced a fake Mpesa message and was immediately arrested by the police for further investigations.

Emmanuel pleaded not guilty before Chief Magistrate Wendy Micheni and asked for leniency claiming that he was held by police for more than 24 hours against his constitutional rights.