Larry Madowo was first workmate to give me baby gifts, Jane Ngoiri 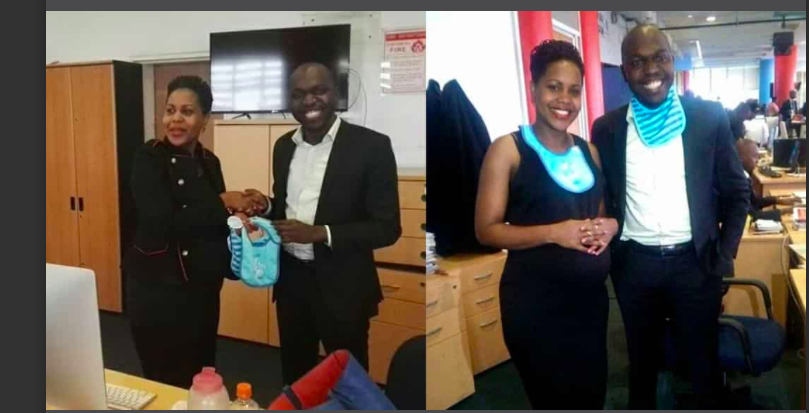 Former NTV news anchor Jane Ngoiri congratulated newsman Larry Madowo for his recent move to CNN while shedding light on the giving side of him.

According to the mother of one, Larry was the first colleague to gift her unborn child in 2016.

The images depicted the duo beaming as Larry gave her blue bibs. Another photo showed the scribes wearing the bibs.

“Congrats to @larrymadowo, who got me my first baby gifts back in 2016. Keep shining, and God bless you,” she wrote.

Netizens reacted to their jolly photos:

“Cutie, congratulations to him. It’s good to celebrate other people’s achievements.”

“You guys play too much.”

“I can’t imagine how badly he was laughing.”

The former Swahili news anchor quit NTV on January 28, 2021, citing personal reasons. Ngoiri said little about her next course of action but divulged that she would be working on personal projects.

Ngoiri was among 158 civilians awarded the HSC by President Uhuru Kenyatta in December 2020.

Larry, who started his stellar career at KTN as a news anchor, left BBC to take up a role as CNN’s Nairobi correspondent.

His switch was announced on May 13 by Deborah Rayner, Senior Vice President of International Newsgathering and Managing Editor, Europe, Middle East, and Africa, for CNN International.

“I have long admired CNN International’s award-winning coverage, and I’m honoured to be joining such a talented team. I look forward to sharing the full spectrum of life in one of the most dynamic parts of the world with CNN’s global audiences,” Larry said.