Last moments of don who died at waterfall 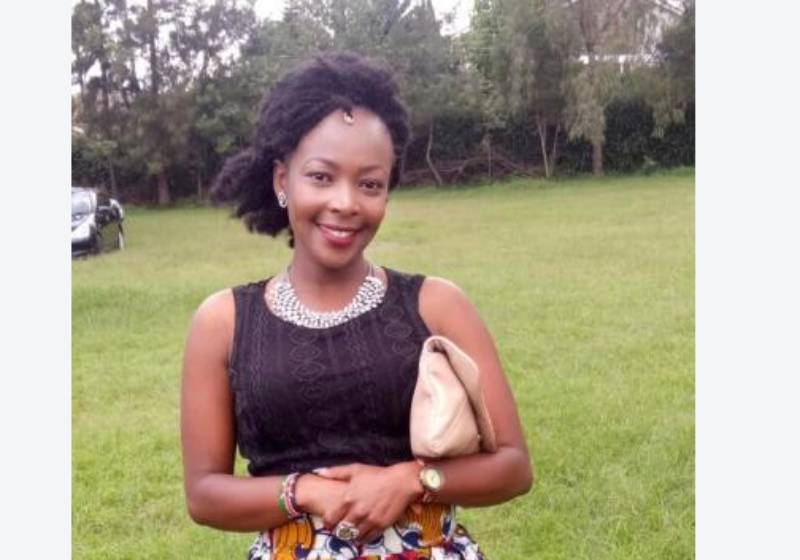 The death of Rift Valley Institute of Science and Technology lecturer was a tragedy after moments of happiness, a Nakuru High Court heard.

Joseph Simiyu, a farmer, testified on last moments of lecturer Irene Jepchumba before she died in a waterfall accident at Chokaa Falls in Molo River within Nakuru on July 6, 2018.

Simiyu, who encountered the couple before the accident, testified that the two were happy as they approached the falls.

Simiyu testified that he found himself in the river near the falls at about 5pm where he had gone to take a bath.

“I was about to take my clothes off for a bath when the accused (Kangogo) and the deceased (Jepchumba) approached the river. I told them to wait for me to take a bath but they insisted and I let them through,” testified Simiyu.

He described Kangogo and Jepchumba as two people who were in love, according to their gestures as they approached the river.

“The two individuals were cuddling and holding each other while they approached me. They shared smiles, laughs and looked happy,” he testified.

Simiyu said that Jepchumba who was in blue dress and red shoes was carrying bottles of alcoholic drinks in one of her hand, while her other hand was holding on to Kangogo.

Simiyu testified that after they passed him while drinking and chatting, he took off his clothes and took a bath; “I saw them walk towards the falls and decided to continue with my business.”

However, he testified that 30 minutes later he heard screams emanating from where the couple was and dashed there to see what was happening.

“I went to where the two were and I saw Kangogo inside the river. He was the one screaming,” he said.

He testified that when he got there, Kangogo, who wore a vest and a pair of shorts, was pointing to the direction of the water fall while shouting “help!”

“His signs were as if to indicate that his lover had been swept away by the running water,” he said.

The farmer testified that one of their neighbours approached Kangogo, who was still inside the river, and rescued him because he could also have drowned as the water was running fiercely.

In cross-examination by Lawyer David Mongeri, Simiyu testified that Kangogo was injured and writhing in pain when they found him in the water.

Chief Inspector James Kiprotich, the crime scene expert, testified that he took 25 photographs and approved four photographs of the scene of crime, including the retrieval of the deceased’s body on July 7, 2018.

Julius Kangogo, who is uncle to the accused and Senior Chief in Mogotio, which borders the river, testified that there had been many previous accidents at the waterfall.

Kangogo has denied murdering Jepchumba and is out on a Sh500,000 bond. The prosecution will call the last six witnesses before the case is closed.

According to the prosecution, Kangogo pushed Jepchumba into the waterfall, where she drowned.

Eulogy by the family, produced in October, read that Jepchumba died after she slipped and fell over the falls. Hearing proceeds on May 26.

Balala: We have unsuccessfully tried to get Lupita for five years now for tourism job

US president, matatu driver and their love for antique Bible