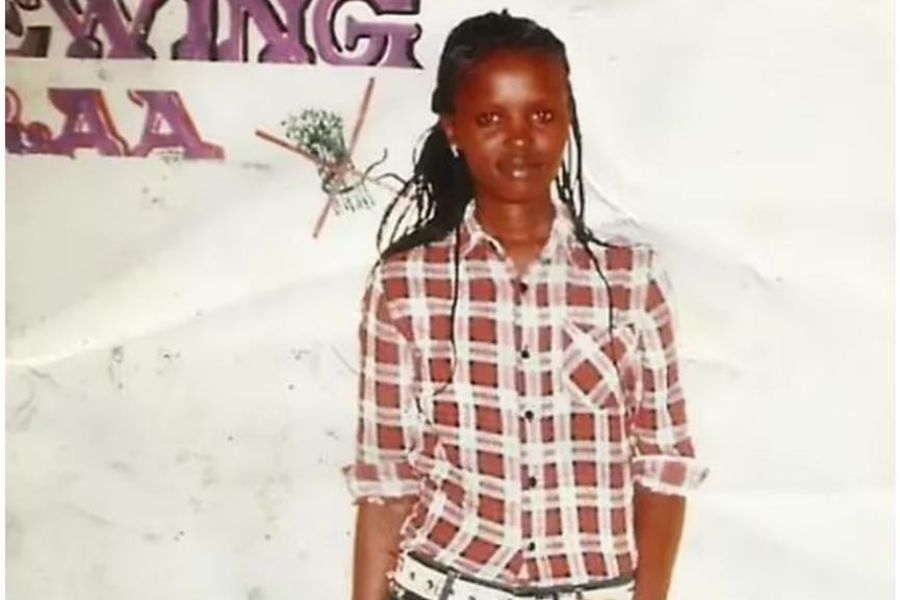 Two friends who were with a woman allegedly killed by a British soldier recounted a guard reported a fight in one of the hotel rooms on the day she disappeared in 2012.

The body of Agnes Wanjiru, 21, was discovered in Nanyuki more than two months after she had gone missing after an encounter with the soldier on March 31, 2012.

Her friends, Florence Nyaguthii and Susan Nyambura, met Wanjiru on the fateful night at the Lions Court Hotel while she was in the company of two white men.

“Wanjiru joined us in the bar at around 11pm and we started dancing. She had a beer. I asked her to buy me some water. She told me that the beer was bought by a potential client,” Ms Nyaguthii recalled at the time.

That was the last day the mother of one was seen alive. Wanjiru left behind a nine-month old baby, Stacy, under the care of her aunt Rose.

Ms Nyaguthii said when Wanjiru did not show up the following day, her friends went to the hotel and asked the security guard about their friend’s whereabouts.

“A guard said he heard a fight in one of the rooms. There was a loud bang, and later they realised a window had been broken,” said Ms Nyaguthii.

The then-Director of Public Prosecution Keriako Tobiko asked for the murder file from the Directorate of Criminal Investigations.

Ms Wang’ele said despite a report being made at Nanyuki police station, detectives were yet to carry out investigations, yet witnesses were willing to speak out.

“There is laxity on the part of the police to investigate the case and bring the culprits to book despite willingness by witnesses to come forth and testify. Be that as it may, I have been directed by the Director of Public Prosecutions to urgently call for the duplicate police file together with a progress report on the case for our perusal and further directions,” stated the letter.

The incident has been revisited following a media report alleging the British Army covered up the murder of the woman who was reportedly killed by a soldier in Nanyuki nine years ago.

A soldier reportedly confessed to killing Wanjiru, but a cover-up ensured nothing was done. According to the British newspaper Sunday Times, a soldier allegedly admitted to the murder, and another reported it to senior officers at the time, but no action was taken.

The soldier allegedly dumped Wanjiru’s body in a septic tank at Lions Court Hotel in March 2012, which is close to the British Army Training Unit Kenya camp.

A post-mortem examination found Wanjiru died as a result of stab wounds to her chest and abdomen.

“I share the outrage and concern about the tragic death of Agnes Wanjiru in 2012. My thoughts are with her family and the community. I can assure Kenyans that the UK is fully cooperating with the investigation and will help in any way we can,” Ms Marriott said.

“I share the outrage and concern about the tragic death of Agnes Wanjiru in 2012 – my thoughts are with her family and the community. I can assure Kenyans that the UK is fully cooperating with the investigation and will help in any way we can.”

She said the UK’s Special Investigation Branch carried out initial enquiries in Kenya in 2012, including providing information about British personnel to local police. No further requests were received at that time.

“Following the conclusion of a Kenyan inquest in 2019, we understand that the Kenyan authorities are looking into the murder. We will support that Kenyan police investigation,” she said.

The opposition Labour party in the UK, through shadow Defence Secretary John Healey, said: “The details of this young Kenyan woman’s death are dreadful, yet there’s still no action from defence ministers on reports of grave failings by the British military exposed in this case.

“There’s been no Ministry of Defence-led investigation of the soldiers involved and no inquiry into why the MoD failed to respond when Kenyan detectives asked for help. Nine years on, justice must now be done for Agnes and her family.

“The Defence Secretary must take this more seriously. He should pledge the fullest co-operation to Kenyan detectives and launch an inquiry into any possible cover-up from commanding officers, military police or the MoD.”

The MoD said: “In 2012, Special Investigation Branch carried out initial enquiries in Kenya, including providing information about British personnel to the Kenyan Police. No further requests were received at that time. Following the conclusion of a Kenyan inquest in 2019, we are aware that the Kenyan authorities are looking into this incident.