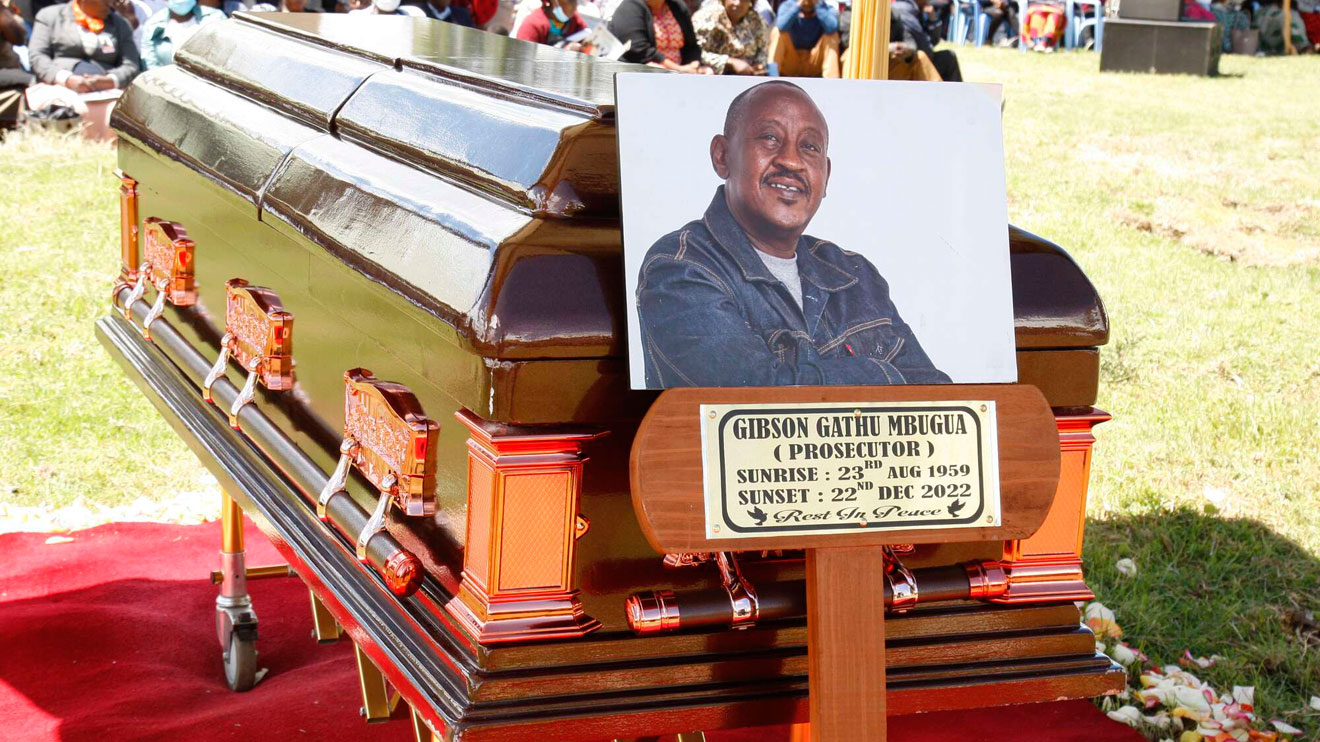 Gibson Mbugua Gathu’s brother has recounted how the renowned actor spent his last days with him before his demise on December 22, 2022.

The brother to the late Vioja Mahakamani actor was speaking at during the funeral ceremony on Tuesday in Matundura Village, North Kinangop in Nyandarua County.

Mr Dubson Kuria Mbugu said among his siblings he is the one who spent the most time with the deceased actor during his finals days.

Mr. Kuria said: “Before I read the tribute on behalf of my brothers, I want to be selfish a little bit… I think in the midst of all my brothers, I have spent the most time with Gibson for the last six months. I was there when this journey started right from Nairobi West. I stood by this man, day in, day out. I continued with this man when he went to Eldoret – I went ahead of him – and all in all, I could say, this is a gentle soul that lays here.”

“But I remember on the material day that he went into cardiac arrest. I had spent the whole day with him. In fact I am taking so much pride to know that I was the last person that Gibson had an actual conversation with. A conversation that has troubled my heart and mind… At no given point did Gibson ever tell me thank you – even for giving him water, but for this particular day on the 7th of September, I had three instances when Gibson told me thank you,” said Mr Kuria.

He however confessed that it did not occur to him that these were the last conversations that he would have with his older brother.

“I was beside him all the way and that is something I am so proud of,” said Mr Kuria.

Mr. Gathu died following a long battle with diabetes and kidney failure before he successfully underwent a kidney transplant in 2022. His health began failing in September 2022 before he finally succumbed to a cardiac arrest.

Related Topics:NewsVioja Mahakamani
Up Next