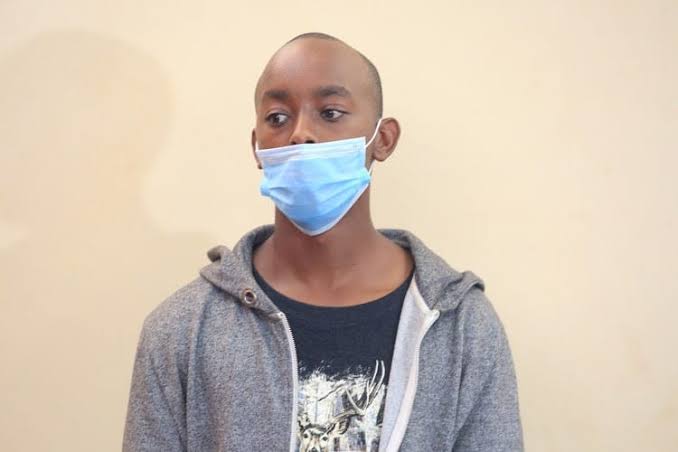 22-year-old Lawrence Warunge accused of killing his parents, siblings and a farmhand was on Thursday, April 15 charged with 5 counts of murder.

The Mt Kenya student appeared before Lady Justice Mary Kasango where he denied the charges.

Kasango directed that he be remanded at the Industrial Area Remand Prison until May 11, 2021, when the case will go for a pretrial.

Warunge was charged with killing his father Nicholas Warunge, mother Anne Warunge, brother Christian Njenga, nephew Maxwell Njenga and a construction worker James Kinyanjui on the night of January 5-6, 2021, at their home in Kiambaa.

He described his parents as killers and satanic, further claiming his actions were motivated British TV drama Killing Eve.

He said he had planned to clear his family about three times and succeeded on January 2 so that he can live with his girlfriend in peace.