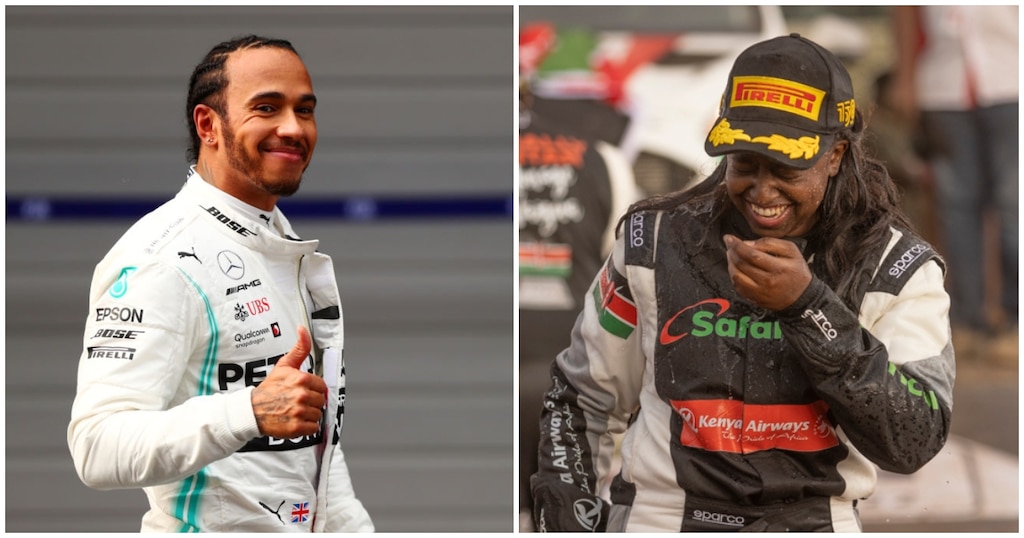 Being complimented by Lewis Hamilton, a legendary figure in the world of racing, must mean something different to Maxine Wahome, a young safari rally racer.

That really did occur! Lewis Hamilton, a seven-time Formula One world champion, uploaded an image from autosport in which Wahome was being congratulated for becoming the first female to win a round at the recently finished Safari rally competition in Naivasha. 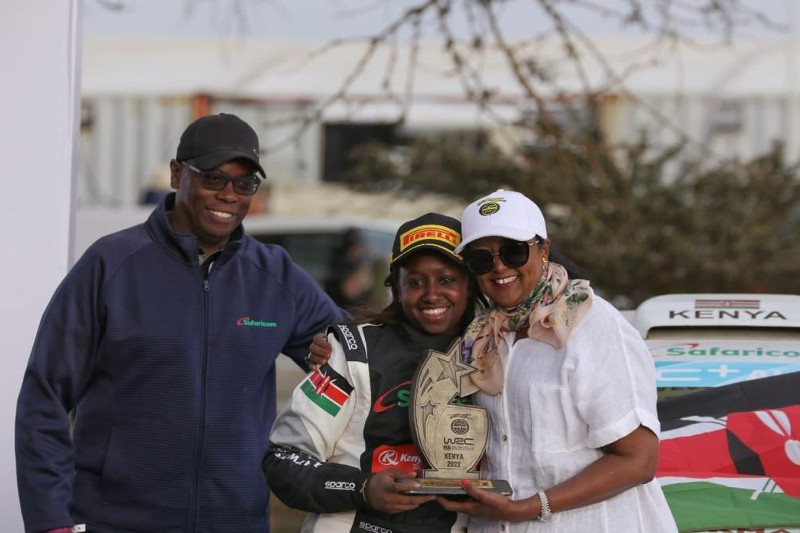 Wahome, who is only 26 years old, won the WRC’s third-tier class with a time of 25 minutes and 27 seconds.

“History made! Maxine Wahome has become the first woman to win a round in the #WRC’s WRC3 class at #SafariRallyKenya,” read Autosport’s tweet.

In reaction to the message, Lewis Hamilton celebrated the little queen by posting a hands-up emoji. 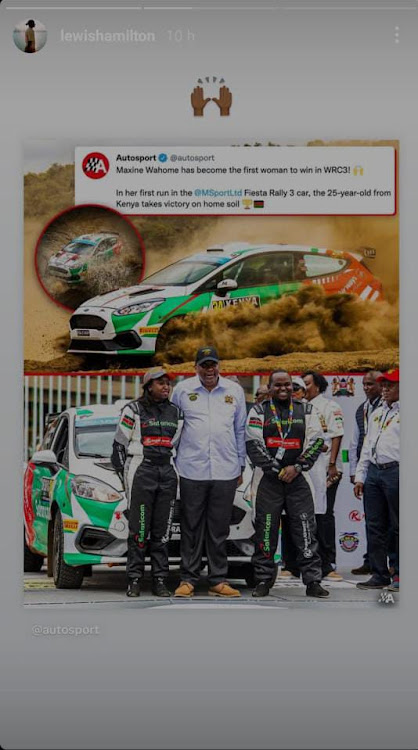 Maxine, navigated by Murage Waigwa, made her WRC3 debut in her new Ford Fiesta on home soil. Wahome bossed through fourteen stages in 5.20.21 hours to take the lead in the all-Ford Fiesta Rally3 category and finished in 16th place overall.

Maxine says that her upcoming task is the African rally championships, on which she intends to concentrate in order to achieve an even greater achievement.