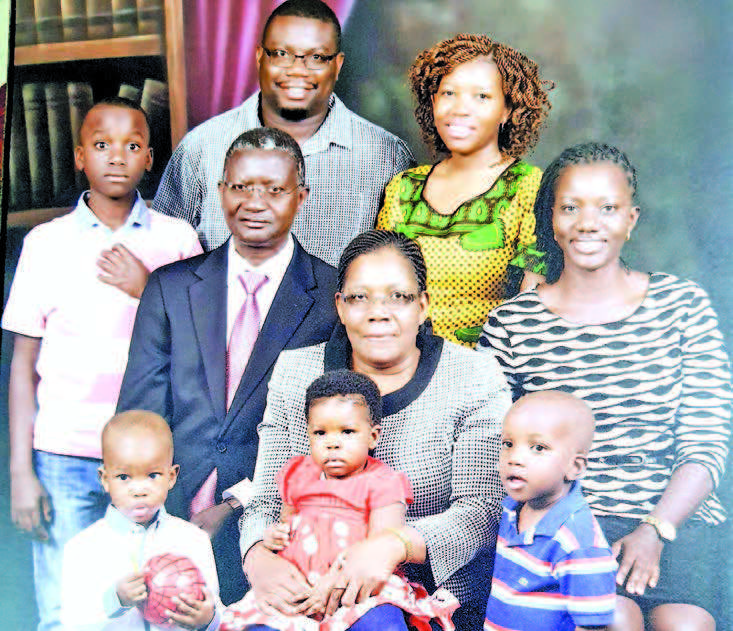 For 35 years Prof Nicholas Anthony Othieno-Abinya, a consultant medical oncologist at Nairobi Hospital Cancer Centre, has treated patients suffering from cancer. It calls for a strong character as while some get cured, he has to sometimes bear the loss of others.

“I see depressing cancer cases every day, from ones that are difficult to treat to cases where it’s only money standing between the patient and chances of cure. Sometimes I see patients retired from employment with no active medical cover coming to my clinic sick and it makes my heart break thinking just how sad life can be that a disease can attack you when you have no money. It gets me thinking about the period they were in active employment and giving their best to serve the country, only for them to fall sick when they have no maney” he narrates.

Breaking bad news either of cancer diagnosis or death to families is never easy. “I’m usually frank, but compassionate. I also ensure that I use the simplest language possible for the patient and their caregivers to understand their predicament and options available. I allow them to be human and cry if they can or ask questions if

they have any. It is usually one of the heartbreaking moments in any doctor’s life,” he shares.

Watching how breast cancer and other types of cancers affects families, the father of four is deliberate about being supportive to his immediate as well as extended family. “My motto is to assist in alleviating suffering and doing the best I can everywhere I go,” he adds.

Life and family influences Walking this path has also made him make some lifestyle changes too. For instance, he eats healthy and regularly exercises. “My wife and I prefer to live a quiet life and mostly visit the village during public holidays. No fan fares. We also take walks twice a week with my spouse and also dance once in a while at home, especially during the pandemic when we weren’t allowed to go out,” he shares.

Prof Abinya confesses that he is also careful about his meals and also reads books to learn more about his field. “I take boiled meat and a lot of vegetables,” he says.

His sons too have followed his path, especially in the medical profession. His last born is a gynaecologist working in Kisumu while his first born is working in the pharmaceutical industry in the US.

“My second born is a nutritionist while my third born is a banker in the US. When you inspire people, you train them and that’s the legacy I want to leave,” he says. 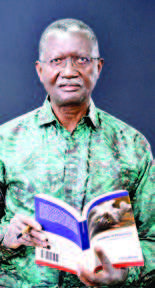 However, Prof Abinya confesses that it is his wife who influenced their children’s career choices. She wanted them to be like their father. “I, on the other hand was open to whichever career path they chose. But I have been supportive of them including offering financial support to my daughter to assist in setting up her business,” he reveals.

Decades of service For more than three decades, Prof Abinya has been a lecturer at the University of Nairobi (UoN) and a specialist in haematology and oncology. After graduating with a Bachelor degree in medicine in 1986, he got his first job at the North-Eastern Provincial General Hospital in Garissa. Between 1991 and 1992, he trained in Medical Oncology at the Royal London Hospital, London, and became the honourary senior registrar in the Department of Medical Oncology at the institution. By the time he downed his tools last year, he had so many accomplishments to his name he was Professor of Medicine at the UoN, where he was the Director of Medical Oncology Fellowship Programme; and also the head of Haematology/Oncology at the University of Nairobi and Kenyatta National Hospital.

“I started a medical oncology fellowship in 2016 and so far, 10 medical oncologists have graduated through the programme. I also started radiation oncology soon after finishing the graduate studies. We got funding for external teachers, but the course is not popular since our people don’t like going to school for prolonged periods. Many medical graduates get jobs in the counties and fail to further their education, mainly because of lack of support from county government,” he says.

Another challenge the oncologist has come across, especially his patients is misinformation when it comes to facts about cancer. “Year in year out, we have been seeing cancer patients and what comes out is that there is a lot of misinformation and misunderstanding about cancer. First there are people who believe that cancer

is always a death sentence. Then, there are people who believe that cancer can only be treated in certain countries outside Kenya,” he explains. He believes that if cancer is caught in the early stages, majority can be cured whether here in the country or abroad.

The oncologist has also written a book, Shadow in Perpetuity; The Hard Journey with Cancer, which comprises of real life stories of patients who have had cancer, their challenges and how they overcame. It is also a book to set the record straight on misinformation on cancer. “When I sat down to write the book, I wanted to relay this information so that people can think broadly. In 2008, I used to write booklets on various cancers, but the publishing house I was dealing with collapsed, so I stopped writing. Again, the reading culture in our country is low. I hope that our country will develop a reading culture instead of telling stories which are not beneficial,” he notes.

Throughout his career, Prof Abinya is happy to have a supportive family. “My support system has been my family and friends. You need to be surrounded by people who help you deliver. And of course God. Prayer changes things and help open doors,” he adds.

Seeing his career is a demanding one, how does Prof Abinya balance life and work? “There is nothing like work-life balance. I work most of the time, even now that I have retired. Right now, I’m collaborating with various stakeholders in private and public sector to help in strengthening health systems, including bringing technologies and services closer to the people,” he says in ending.

• Kenya has a shortage of oncologists with studies showing that it has 35 oncologists for 40 million people. This means there are more than 3,000 cancer cases for each oncologist in Kenya, compared to less than 150 in the US and China, according to the Journal of Global Oncology.

• If our country is going to develop personnel to tackle cancer, Prof Abinya says we need vigorous training in the field

• He observes that counties are not supportive when it comes to releasing their employees to study. Even if they do, they don’t pay them.

VIDEO: Did you miss this year’s National Mashujaa Day Celebrations event? Here it is