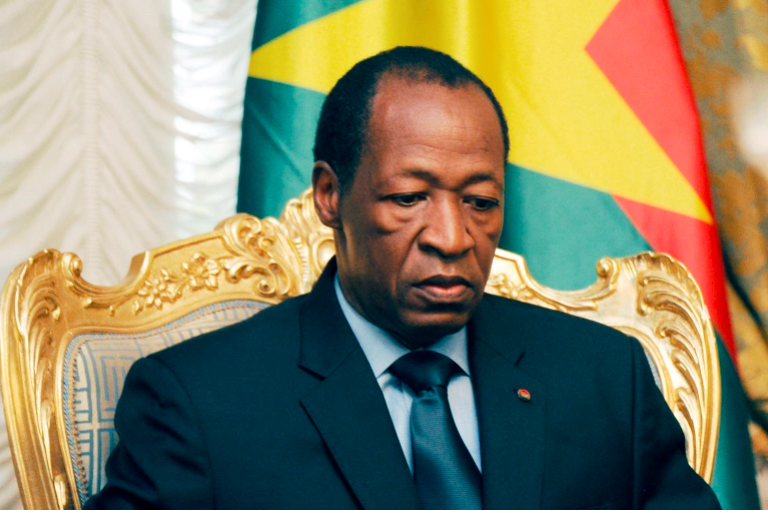 A military tribunal sentenced Burkina Faso’s former president Blaise Compaore to life in prison on Wednesday for his role in the coup that killed his predecessor Thomas Sankara in 1987.

Sankara, a charismatic Marxist revolutionary, was assassinated at the age of 37 in the West African nation’s capital, Ouagadougou, four years after seizing power in a previous coup.

Compaore and his former director of security, Hyacinthe Kafando, were charged in his absence and condemned to life in jail.

Both have initially denied any role in Sankara’s death, as have the other 12 suspects charged in the conspiracy, three of whom were found not guilty on Wednesday.

“The court finds Blaise Compaoré and Hyacinthe Kafando guilty of attack on state security, complicity in murder and concealment of a corpse,”the tribunal said in its ruling.

Compaore ruled for 27 years before being deposed in a coup in 2014 and escaping to the Ivory Coast, where he is currently thought to be hiding.

Sankara, dubbed Africa’s “Che Guevara,” came to office on a pledge to fight corruption and post-colonial influences, condemning foreign aid as a means of control.

He implemented mass polio immunization, outlawed female circumcision and polygamy, and was one of the first African leaders to officially acknowledge the continent’s AIDS epidemic as a concern.

He slashed his own pay, refused to work with air conditioning, and jogged alone through Ouagadougou.

His policies, according to critics, limited freedoms and accomplished little to benefit regular people. However, admiration endures.

Over the weekend students gathered around white flowers marking the site where Sankara was shot.