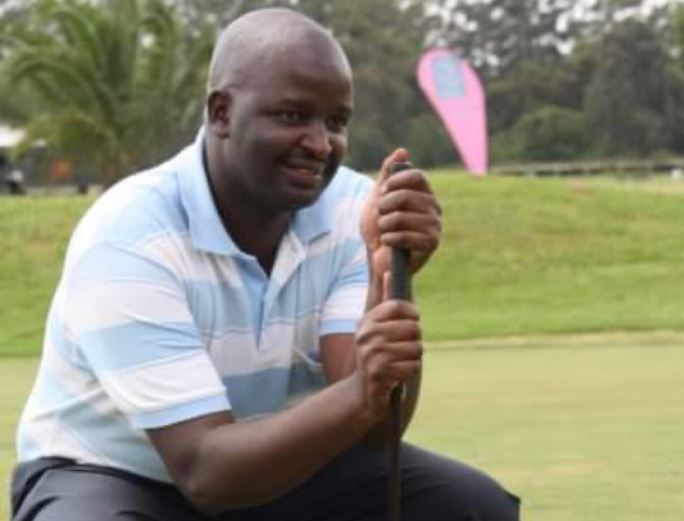 Radio journalist Robin Njogu has died at Aga Khan Hospital where he was undergoing treatment for Covid-19, family says.

ICT Cabinet Secretary Joe Mucheru paid his respects to Njogu describing him as a “consummate journalist who contributed heavily to the development of radio news in the country.”

I’m saddened to learn of the passing on of Robin Njogu and his mum. Robin was a consummate journalist and contributed heavily to the development of radio news in the country. Sad loss for his young family, RMS and the media fraternity in the country. May God comfort his family.

Njogu practised journalism for over a decade.

Prior to joining Royal Media Services, he worked as a radio journalist at Nation FM and Capital FM.

The media fraternity mourns the loss of Robin Njogu, a dedicated radio journalist and mentor.

Deeply gutted ! When I started as an intern at Nation , Sir Robin Njogu was my 1st ever boss .On day 1 he asked me to pull a chair next to him & learn all day . While in India he would always call and we would get lost discussing my class-work for hours. I will miss you. — Leon Lidigu (@LeonLidigu) March 16, 2021

Heartbroken to lose a friend and fellow journalist Robin Njogu. The other day when I visited him at the hospital he was cheerful and getting better. He sent me this photo recently of the days when he used to attend my Govt. Spokesperson briefings as reporter. What a sad night… pic.twitter.com/MNoMeHoIYL

I am deeply saddened by the demise of radio journalist Robin Njogu. I worked with Robin for many years managing radio news and this is a huge loss to the Royal Media Services family and the media fraternity. May God be gracious with his soul.

As the media fraternity can attest, Robin Njogu was friendly, humble and a good man. He was a skilled, dedicated and professional radio journalist who edited and reported on issues openly, independently and honestly. pic.twitter.com/f1RpEyhmm5

The music has stooped but the melody lingers . Rest In Peace Robin Njogu pic.twitter.com/QkPvcr9Rp7

Mystery of Thika trader found dead in his car