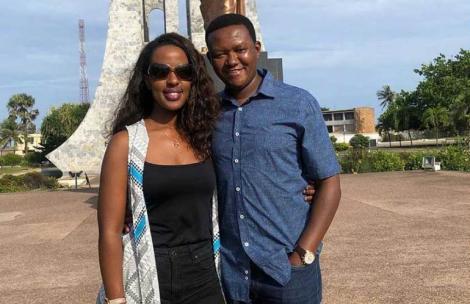 Taking to her social platforms, Lillian announced that she had also stepped from her position as County First Lady – noting that one has to constantly accept change in life.

“The only constant in life is change and we must be present and aware to appreciate and embrace it.

“Winds of change blew my way and two months ago, I decided to end the long term relationship with Dr Alfred Mutua. We had a good run and I am forever grateful to God he brought us together. We remain friends,” she stated.

The former First Kady cherished the time she got to serve the County of Machakos and vowed to continue doing charity projects through the Lillian Nganga Foundation.

“God’s plans are always for our good. Never doubt or question,” she stated.

Lilian accompanied Mutua to most public functions and the couple was known for its open display of affection on social media.

Speaking during a past interview with the Standard, she revealed her upbringing and highlighted details of her career.

Lilian pointed out that she would go to primary school on foot but ultimately performed well and earned a position at Loreto Kiambu Girls High School.

Four years later, she joined the University of Nairobi and studied hospitality and tourism. Upon graduation, she landed her first job at the Safari Park Hotel.

After a one-year stint, Nganga left the hotel work and got employed by Kenya Airways where she worked for six years.

She also noted that she tried modelling but it didn’t work out. This led her to begin a tour company known as Amelly Travel and Tours that she owns to date.

Nganga met Mutua, in March 2011, and they became close friends. The two fell in love and eventually got married.

Their separation marks the first time in Kenya’s history where a sitting First Lady at the national or county level has abdicated the role. 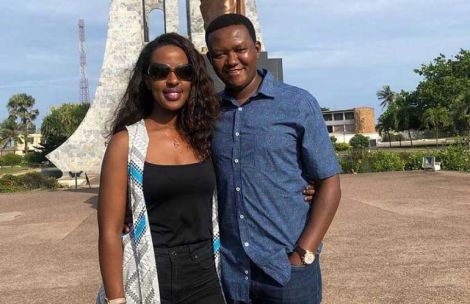 I have lost everything, says teacher jailed for husband’s murder