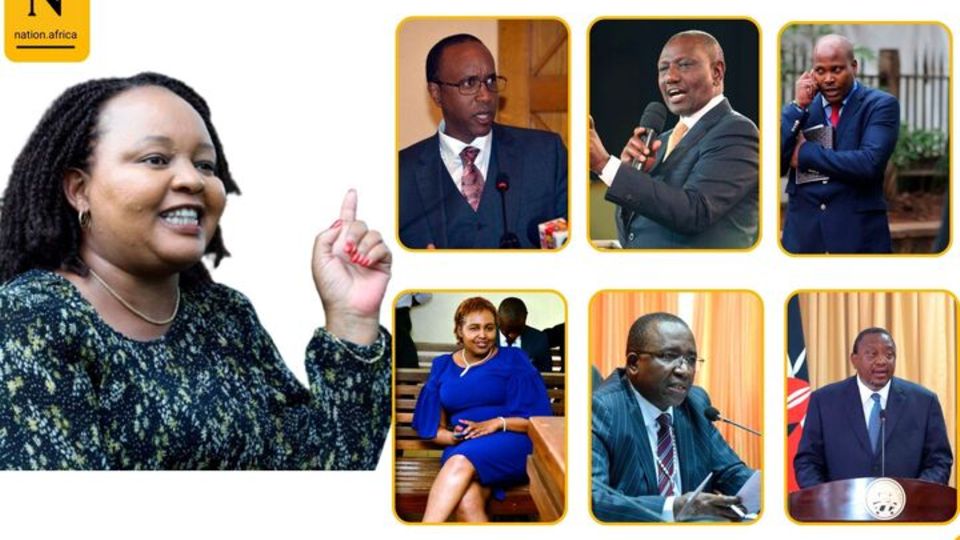 Agriculture Cabinet Secretary nominee Mr Mithika Linturi has told MPs vetting him that he abandoned the Motion against then Devolution Cabinet Secretary Anne Waiguru as he could not withstand the immense pressure from State House.

The letter to withdraw the Motion, which Mr. Linturi claimed to have signed in the presence of the President, was promptly delivered to the then-Speaker Justin Muturi at night, starting a chain of events that would eventually free Ms. Waiguru from the National Assembly’s investigation into the Sh791 million National Youth Service (NYS) scandal.

He said: “For those that have never known, when a gun is put on your head, and you understand when you have a CEO who is almost a terrorist. There are many people that cannot withstand the pressure, intimidation and threats that exist.”

Adding: “The letter to withdraw the Motion was drafted by Njee Muturi, I was asked to sign. Speaker Muturi was called, I think he was in Kilimani, he was told to go back to the House, that there is a letter that is being brought to withdraw that Motion.”

“Jomo Gecaga, past 8 O’clock, delivered the letter to the then Speaker Muturi. Those are the circumstances that I found myself in. And I signed the letter and the President was there then. It is from that time when my relationship (with the President) went south. That thing has really tormented me,” he said.