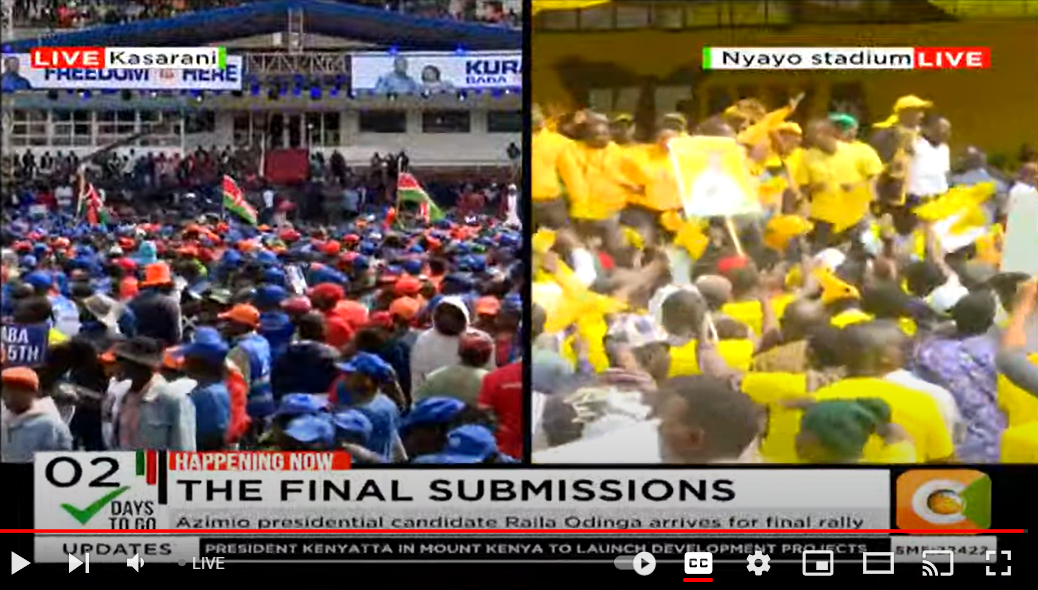 The Raila Odinga-led Azimio la Umoja One Kenya coalition party and Deputy President William Ruto’s Kenya Kwanza Alliance will hold their final rallies on opposite ends of the city on the last day of campaigns.

Azimio’s closing rally will take place at the Moi International Sports Complex, Kasarani, while across town Kenya Kwanza will be at Nyayo Stadium. The two campaign teams yesterday inspected their respective venues.

DP Ruto got his wish to hold his final rally at Nyayo Stadium after the court granted him orders against Sports Kenya, which had earlier cancelled the coalition’s application for the venue.