LIVE VIDEO: Watch as Raila and Ruto mercilessly go at each other 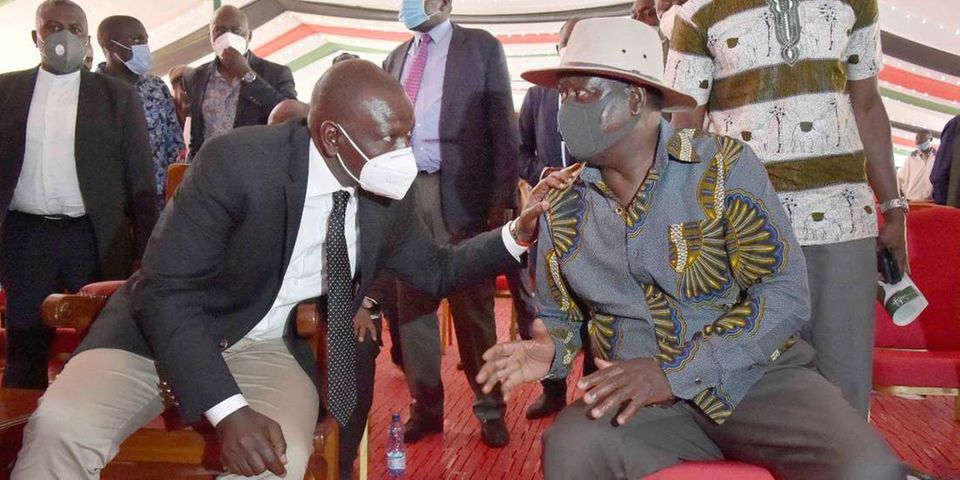 The BBI initiative has continued to draw mixed reactions as the political temperature seemed to reach fever pitch over the weekend with ODM leader Raila Odinga and his team crisscrossing Turkana County drumming up support for it for two days in row while, on the opposite end of the country, Deputy President William Ruto and his allies camped at the coast, pouring a lot of cold water on the controversial initiative.

Odinga has been throwing salvos at William Ruto, who has himself been abandoned by the head of state, Uhuru Kenyatta, with whom they run for office in 2013 and 2017.

The seemingly never-ending campaign for the presidential elections, which are due to take place on 9 August 2022, has crystalised around the Building Bridges Initiative, a constitutional referendum championed by Kenyatta et Odinga.

As they prepare for the referendum, both candidates have set their electoral machines to work to win political and financial support.